As most of you will know by now, Hollywood star Ashton Kutcher will be playing the late, great Steve Jobs in a movie about the Apple co-founder, and although we’ve seen stills of Kutcher clad in his Jobs get-up, we finally have the opportunity to see him in action. In a clip courtesy of EntertainmentWeekly, he’s seen having a heated debate with Josh Gad, who plays Steve Wozniak in the jOBS movie, and although it’s only a short snippet, it gives a general idea as to how both actors represent their respective characters.

There’s no doubt Kutcher looks, at least, vaguely like a young Jobs, and the clip – which is set in a car park – shows Jobs having one of his epiphytic moments. For those who’ve followed the story of Apple farther back than the iPod, you’ll know the parking lot is that of Hewlett Packards, and the point Jobs is trying so desperately to make is that he has discovered a "profound" operating system which could change the face of personal computing. 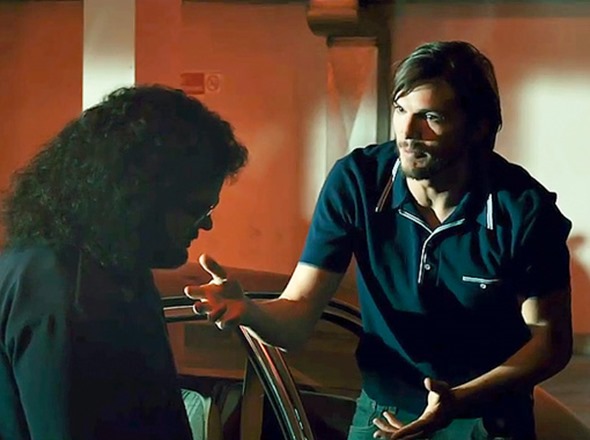 Such things we take for granted when computing today, such as the ability to see what we’re doing as we’re working on it, are elements he envisaged from the early days, and although Wozniak is depicted as shrugging off Jobs’ ‘Eureka’ moment, we all know who was the stronger willed of the two Steves.

"This is freedom to create and to do and to build as artists and individuals," he continues, and although Woz chimes in with the line "nobody wants to buy a computer," Apple eventually went ahead and built the Apple I, which continued to evolve from there on in.

There’s certainly heightened interest in the movie thanks to the untimely passing of Jobs in October of 2011, and with both Kutcher and Gad opening at Macworld, the hype is certainly building in anticipation for its release, which will be in April. The movie will first be screened at the Sundance Film Festival, so we’ll be sure to keep you guys updated on any further clips and sneak previews leaked to the Web.

Will you be going to see the film in April, or are you waiting around for the Aaron Sorkin version?