2012 is drawing to a close, and among the bunch of round-up posts we’re going to be seeing throughout the blogosphere, Apple has piped up prematurely with its annual Best Of list. Every year, the Cupertino company hand-picks its favorite apps of the year alongside the bestsellers, and with hundreds of thousands of new entries every year, it can be easy to miss some of the very best. Here, we run through each and every one.

Incidentally, two of our own favorite releases make up the top two in Apple’s picks. Rayman Jungle Run, which costs $2.99 over at the App Store, takes Apple’s Game of the Year award, while the free-to-play marvel that is Letterpress takes second spot. As enjoyable and nostalgia-probing Rayman Jungle Run was, Letterpress has us all completely hooked, and if we had to pick between the two, we’d probably vote Letterpress as our favorite release of the past twelve months. 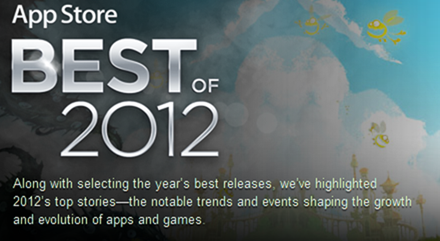 But they aren’t the only two great releases of the year, and as ever, there’s a diverse, eclectic mixture of different apps on the lists.

iPhone Game of the Year

iPhone App of the Year

iPad Game of the Year

iPad App for the Year

Impressively, Action Movie FX makes the top two for both iPhone and iPad, and if you’ve managed to use it at one point or another, you’ll understand exactly why it’s so reputable. Like its description suggests, you can turn your boring videos into cinematics, and with pretty much every user giving it a five-star rating, I’m glad it has been given the recognition it so thoroughly deserves. 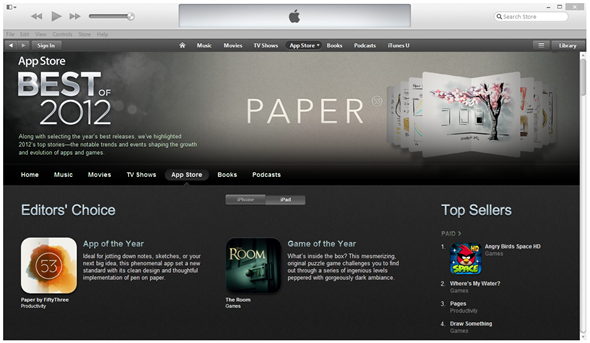 You can check out and download any of these titles by tapping on this link.