As of right now, most of Apple Watch band types bought from the Apple Online Store will be shipping in just one business day. So if you were looking forward to change the band on your new Apple wearable, now would be the perfect time to do so.

Things at Apple had been really slow to start with on the Apple Watch front, and it’s a well-known fact that Apple was encountering some production constraints. However, reports in the last few weeks have suggested that the Watch’s production seems to be ramping up and this availability of a good portion of the Watch bands within one business day seems to reaffirm that news even further. 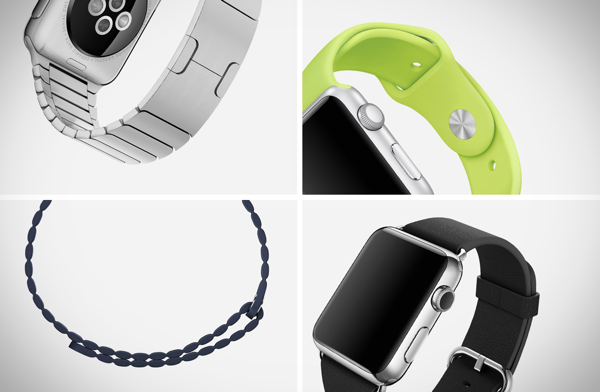 Apparently, all Sport bands with the exception of the black one, are ready to ship in a day’s time. The 38mm and 42mm versions of the Classic Buckle, the 42mm Leather Loop in all colors, and the 38mm Milanese Loop are also showing a shipping time of one business day. However, some serious wait is required for some of the popular bands such as the 42mm Milanese Loop that will reach you in around five to six weeks, while the 38mm Link Bracelet ships in one to two weeks. The 42mm Link Bracelet can reach a bit quicker taking only three to five days. As for the black Sport band, it can take around five business days to ship. Those of you looking for the 38mm Modern Buckle, Apple still seems to be short on those as the item remains listed as “currently unavailable.”

As mentioned earlier, with production ramping up, shipping estimates for the Apple Watch bands have been decreasing gradually and so have the shipping estimates for the Watch itself which will be heading to Apple Retail Stores and authorized resellers in two weeks’ time in the United States and other first-wave launch countries. Meanwhile, a select few Apple Watch bands have also started appearing at the Apple Retail Stores as well. 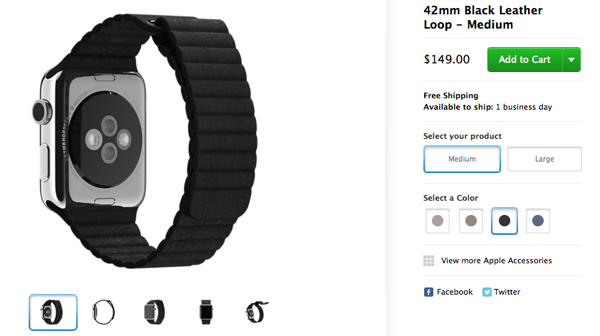 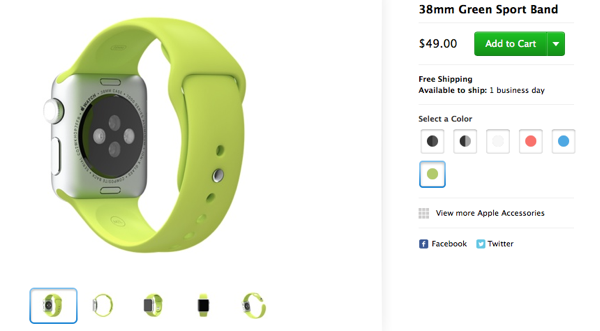 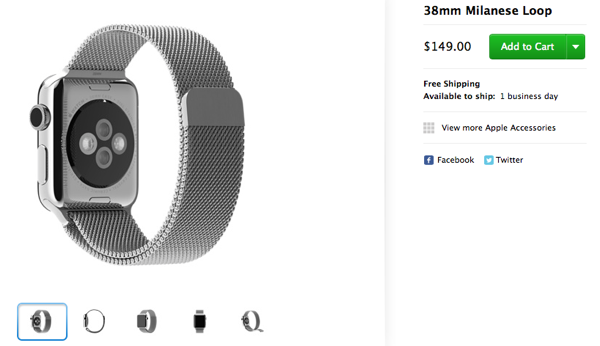 We’re not sure when the entire collection of Apple Watch bands will be hitting the shelves in Apple Stores, but it is likely that once the device is available for walk-in-purchase, the bands will follow suit as well.