Today’s the day that many avid iPad fans have been waiting for, and scores of consumers turned out for the overnight queue preceding the worldwide launch this morning.

Redmond Pie’s very own Steven Chi was one of those people, so it gives me great pleasure to present to you the Redmond Pie unboxing and first impressions video. If you’re still waiting on FedEx to deliver yours today, watching this video may be a step too far, but for the rest of you, kick back and enjoy.

Although we’ve known of the features for over a week now, it doesn’t make a close-up viewing any less exciting. When placed next to the older iPad 2, the physical differences are negligible at first glance, with the only two differences being the thickness (iPad 2 is 0.6mm thinner than its successor), and the slightly larger lens for the iSight camera.

Although we’re accustomed to Apple continually reducing the thickness of devices, the vast array of hardware improvements this time around meant the usual system wasn’t viable. For the introduction of a Retina display, LTE capability, an A5X processor and a brand new, super-sharp snapper, the fruit company can be forgiven the slight increase in depth as well as weight – which has increased around 8%.

As demoed in the video, the new auto-focus-enabled camera allows for beautifully-crisp 5-megapixel images – the perfect supplement to the new display, and indeed, the camera and screen together do justice to each other. Instagram has yet to make a proper iPad application, but one suspects that now the camera is up to a healthy standard, iOS’s most popular socio-snap app will include native iPad support.

If you are the proud owner of the new 3rd-generation iPad, I strongly recommend you check out our extensive list of apps and games recently updated to take advantage of the improved pixel density. Although the normal iPad apps will still of course work on your device, until the developers polish up the UI to reflect the Retina display, the visuals will not be as sharp as they should be. 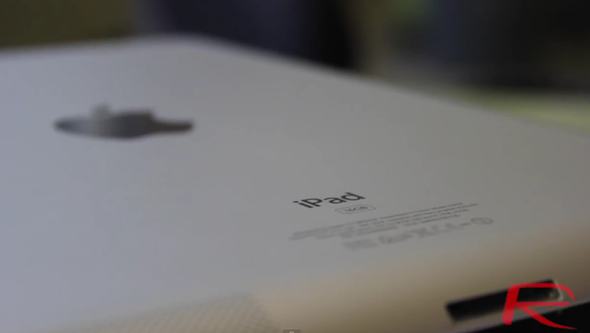 Once again, a quick reminder; if you want to see a jailbreak, do not update past the pre-installed iOS 5.1. Just a friendly warning, nothing else.