Google Glass got a rare public outing at South By Southwest today, with the wearable computer getting some stage time in order to give the tech-loving audience a peak at where the product is heading.

Focusing on apps, the whole event, if we can call it that, was about showing how real people may use the Google Glass product when it is finally ready for primetime. With the much publicized negative possibilities created by having a video camera attached to your head, this was Google’s chance to change the conversation to something a little more positive. 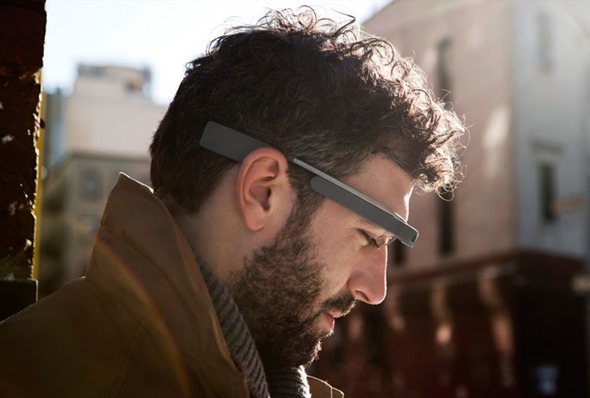 The biggest name banded around was without doubt the New York Times. Google Glass will allow users, wearers or whatever they want to call themselves to keep abreast of current affairs without ever leaving the comfort of their own head. They will be treated to a headline, byline and image to illustrate what an article is about, and Google Glass can even read it to them should they so wish. There are plans to consider whether having Glass receive pushed updates for breaking news, too, which sounds interesting. Smartphones can already receive such messages, but this thing’s on your head! 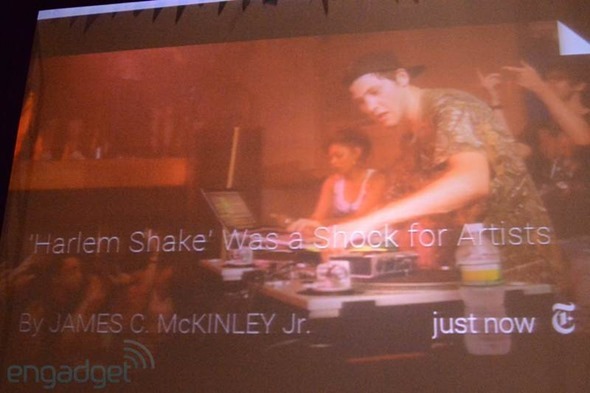 Other groups to get a mention on stage were Evernote and Skitch, with both able to receive photos taken by Glass with the flick of a finger on the device’s touch panel. Google+ sharing is also in there too, though that was a given to be honest. Other apps will also presumably be able to use the sharing API, so expect Twitter and Facebook to be added to the mix at some point. 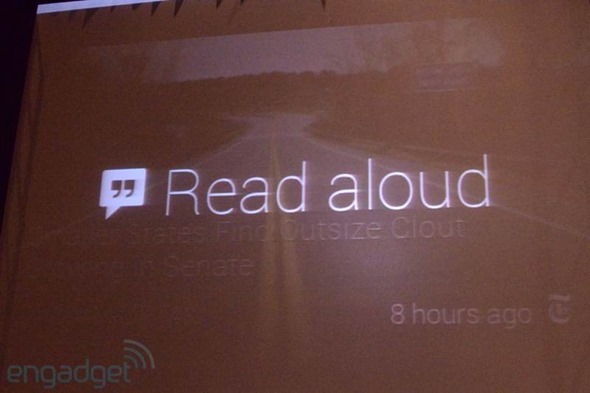 An implementation of Path will also see curated updates finding their way to Google Glass, and that curation is presumably a method of avoiding the user being overwhelmed with data. With that in mind, we also found out today that Glass will only show emails in its Gmail app that it believes to be of importance. We’re going to assume Gmail’s own algorithms for deciding such things will be used here, but it’s interesting to hear that Glass will not simply throw anything and everything at you. 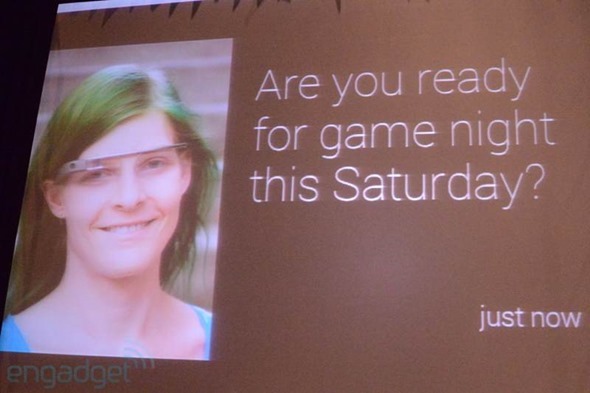 Google Glass developer evangelist Timothy Jordan pointed out that these offerings were just what had been thrown together by his team, so expect more polished and indeed, more interesting news to come over the next few months.