Google Play is a content portal used by tens of millions on a daily basis, but while it’s packed to the gills with many great, and many not-so-great apps and games, it remains a work in progress. A common gripe, especially among concerned parents, is that there’s no strict age ratings system in place, and since regulations vary from country to country, the Play Store has been a bit of a free-for-all at times. Now, though, the Big G has introduced a new age-ratings system that adheres specifically to the country or location that an account is based in, and the company has also revealed that its app moderation / approval process now includes human beings.

Up until a few months ago, Play Store approval was an automated system, but in recent times, Google, like Apple has for App Store, has added a team of experts to help weed out apps that violate developer policies and terms. The human team was quietly introduced a while back, with Google only now making it known, and hopefully, it has, and will continue to prevent problematic apps from reaching the devices of Android users. 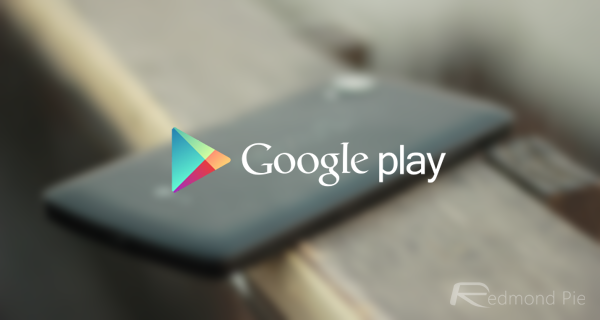 The age-rating process is much more significant news, though, and as you’ll now notice when checking an app or game, its rating is based upon the standard specific to your region. In the United States, it’s ESRB, while in Europe, it’s PEGI, and while this makes it easier for parents to determine whether content is appropriate for their child, it’s also, thankfully, easy-to-use for developers as well.

Devs simply need to answer a few simple questions when submitting an app, such as whether it contains curse words or excessive violence, and a rating is automatically generated for the worldwide audience. Meanwhile, any area not covered by an ESRB or a PEGI will be given a generic rating based on this information offered by the developer. 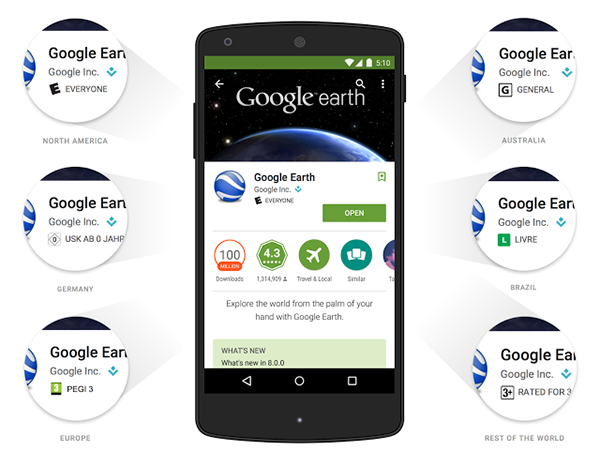 Any developers with apps that are already in circulation will need to complete a short questionnaire for each title, which can be found in the Android Developer Console, and it’s good to see that while this move benefits the end user, Google has made it nice and easy for app makers to comply without forcing them to jump through too many hoops.