Google’s Pixel 3 and Pixel 3 XL have possibly been the most leaked flagship smartphones ever, and that includes the iPhone X that was leaked into oblivion ahead of its launch last year. There are next to no secrets to be had ahead of the official announcement next week, and this continues with Jon Prosser of YouTube channel Front Page Tech tweeting out photos of what appears to be promotional and pricing literature from UK carrier EE.

The photos show some of the pricing models UK buyers will be able to choose from, as well as more information on the devices and Google’s Home products. 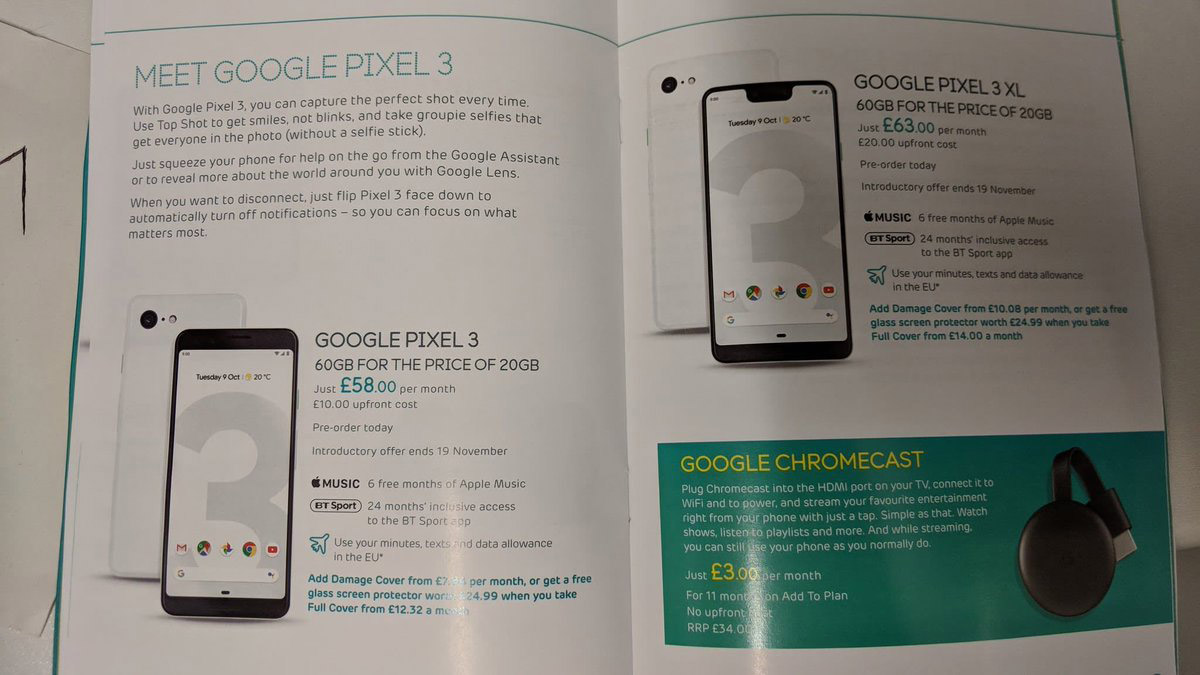 There’s little doubt that these images are genuine and they include some of the deals UK customers can expect, including, oddly, a free 6-month Apple Music deal as well as BT Sport tie-ins. They’re standard EE tropes, but we do see yet more photos of the Pixel 3 and Pixel 3 XL, complete with that mahoosive notch.

This is just the latest in a long line of leaks relating to devices that are still days away from being officially announced. It’s not clear quite what went wrong with this year’s phones with regards to security, but it’s been a free-for-all as far as leaks are concerned. We’ve known what the phones will look like for weeks, and while that notch was a shock at first, it’s likely we will all have come to terms with it by the time the phones are officially announced.

We’re curious to know what you guys think about all these leaks. Do you prefer to learn about new phones in this way, days, weeks and months ahead of launch? Or would you prefer to be surprised, going into announcements with no knowledge of what is to come?

We’re torn, so we’d love to know your thoughts! 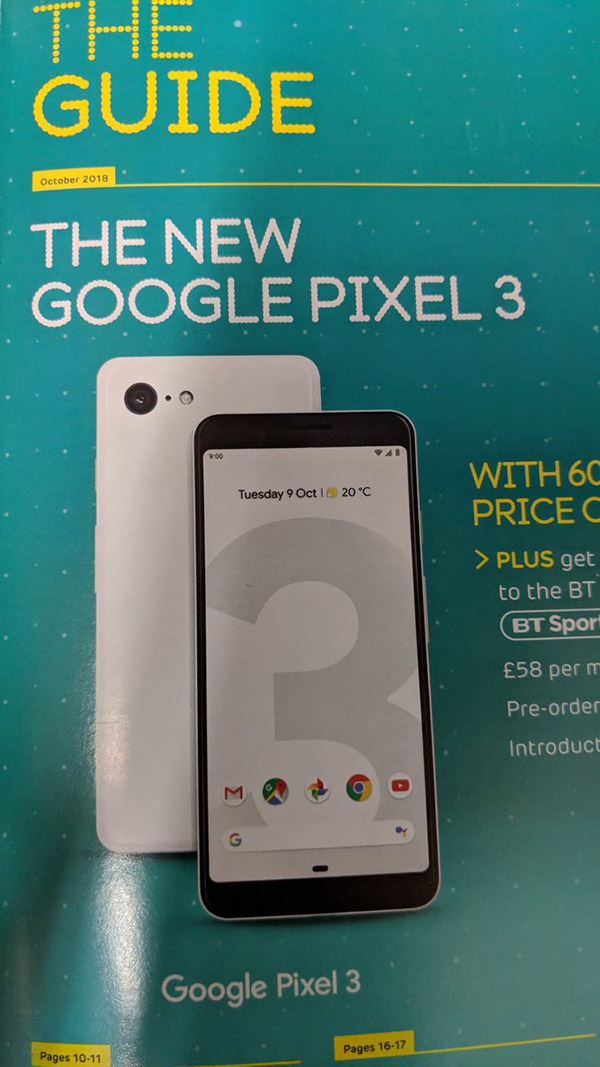 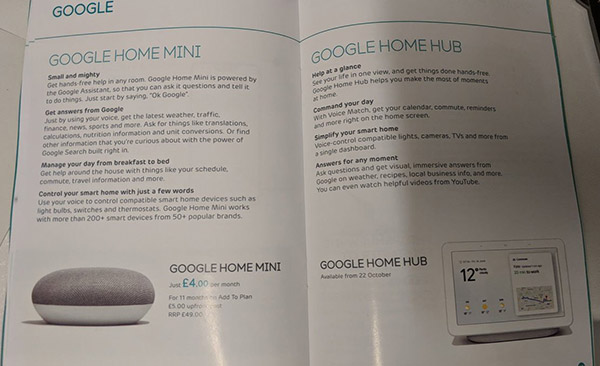