Great news for all Android Wear device owners out there: Google has just added to the momentum of the Wear freight train initiative by introducing the official Android Wear companion app for tablets and smartphones. The new app has been designed and developed to act as an intermediary piece of software that connects the user’s phone or tablet with the Android Wear hardware, which at the moment will be either the Samsung Gear Live or the LG G Watch. The app is available to download immediately from the Play Store.

The first iteration of the official Android Wear app may appear to be limited in terms of functionality but will ultimately act as a stepping stone towards introducing greater things going forward. The initial version allows users to control voice action preferences, handle and adjust notification settings as well as directly and seamlessly configure connected Wear devices all from the app’s interface. The app itself is extremely simple to use, requires minimal set-up and judging by the reviews it has amassed so far on the Play Store, is lightning fast. 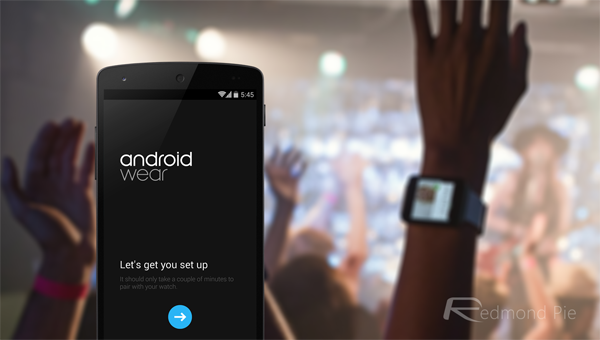 In addition to pushing the companion app out to the Play Store, Google has also introduced a new section in its mobile marketplace dedicated solely to apps that have been built with Wear devices in mind. The “Apps for Android Wear” section showcases all of the native apps that have been pushed to the Play Store to offer compatibility and connectivity with a Wear device. It isn’t exactly rich pickings at the moment, but in a similar fashion to the companion app it’s likely to grow significantly as time progresses. As it stands right now there are some big names featured in the section, such as offerings by IFTTT, The Guardian, Reuters and American Airlines. 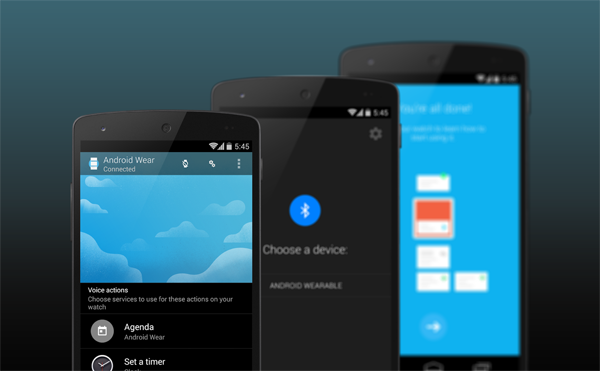 As you might expect, Google itself also has a presence in the new section. The official Google Maps and Hangouts apps are two of the more appealing pieces of software currently being promoted as Wear compatible. If Android is your mobile platform of choice and wearable tech is something of interest to you then head on over to the Android Wear Play Store page to grab the app. After doing so, make sure to check out the new Apps for Android Wear Play Store section to see if anything takes your interest. 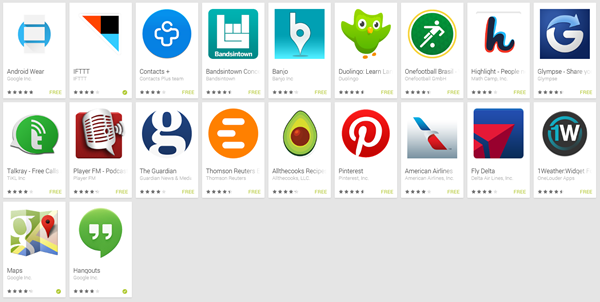 (Source: Android Wear for Android on the Play Store)