Google’s I/O conference is one that many technology fans like to keep an eye out for. Similar to Apple’s WWDC, Google I/O is where the search giant and Android maker shows off what it has been working on and sets forth its plans for where it expects its products to go during the proceeding twelve months. It also offers a chance for developers to get together and trade war stories while getting the skinny from Google’s in-house engineering teams.

The wait for an announcement about Google I/O is always a difficult one, but head of Android Sundar Pichai has today spilled the beans not only on when Google I/O 2014 will take place, but also how people can get into the event.

Taking place a tad later than usual, this year’s Google I/O covers June 25th and 26th and will be held at the usual Moscone Center venue that both Google and Apple tend to favor. While there aren’t too many surprises to be had here, what has taken most by surprise is how Google will be handling the ticketing arrangements.

With the scum to get in on the Google I/O action always a messy affair, and with tickets usually selling out almost instantly, Google has decided that this year it will do things a little differently. Instead of a free-for-all, Google will take applications for tickets and then offer people the chance to attend after assessing their application. Those that don’t get the opportunity to attend need not fear too much though, because just like previous years, Google will be live-streaming the event to anyone who wants to watch it. 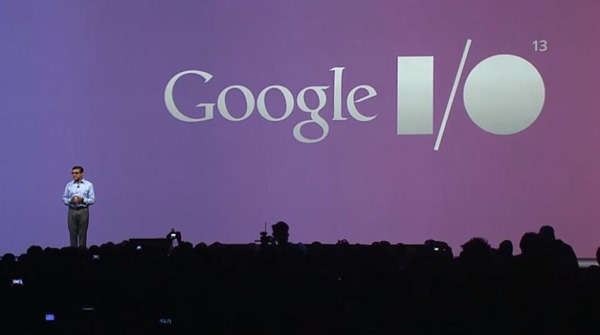 Of course, not being there in person does have one pretty big drawback. Google I/O is known for its generous freebies, with previous attendees getting new phones, tablets and Chromebooks over the last few years. By limiting people to simply applying for tickets rather than letting anyone in though, Google does at least appear to be trying to weed out those that just go so that they can sell on the free stuff they receive.

Which is never a bad thing in our book.

Lets hope Google announces some cool and epic stuff this year that leaves us salivating for more.