Google Has Released A Brand New App For iPhone: Analytics

Google has just released a port of its Analytics app for those on Apple’s iOS, packing in most of the features currently found in the pre-existing Android version. Having launched a couple of new apps for iOS during the past week including YouTube Creator Studio and AdWords Express, the release of Google Analytics seemed inevitable, and just a few days after those apps manifested over at the App Store, here it is. Full details, as well as the download link, can be seen below.

The new Google Analytics app allows you to check and monitor your Web data as you would using the traditional version, but with the UI now tailored conveniently to the mobile interface, you can easily keep track of this important information wherever you may be. 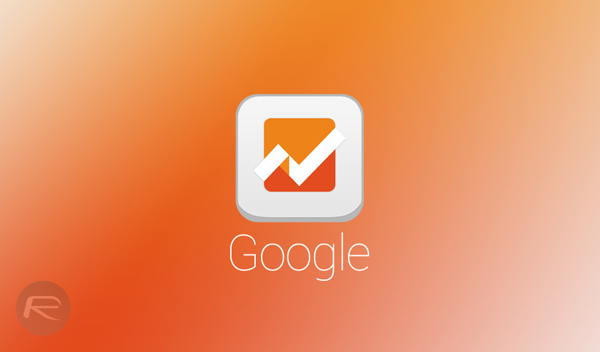 At the moment, this is an iPhone app, and so while its optimized for the smaller iOS devices, it won’t take full advantage of the added real estate of the more sizeable iPad. That’s not to say that the Analytics app won’t go universal at some point in the future, but for the time being, you’ll enjoy the best experience on an iPhone or iPod touch. 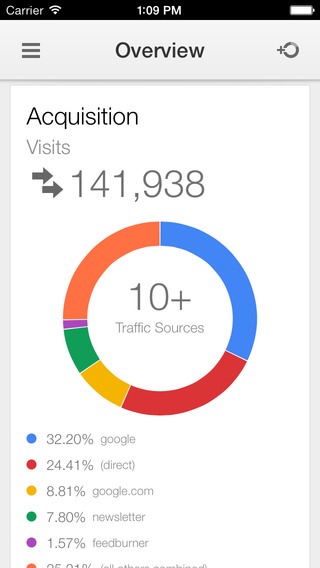 This recent push to bring native apps to iOS shows that Google holds its iOS-owning contingency in high regard, and although YouTube Creator Studio, AdWords Express and Google Analytics have been knocking about the Play Store for quite a while now, the Big G has finally leveled the playing field in these key areas. 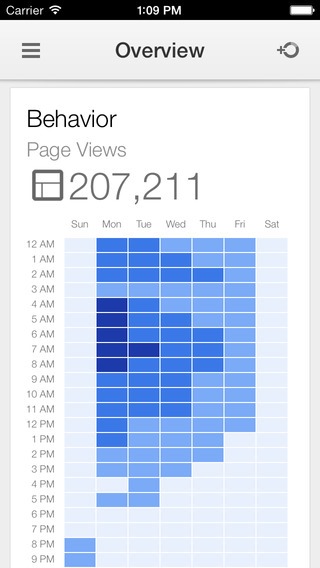 So, if you want to be able to check your Analytics data on the fly, be sure to grab the new app from the direct link below, and as ever, don’t hesitate to let us know of your thoughts and early impressions by dropping a comment or two via the usual channels. 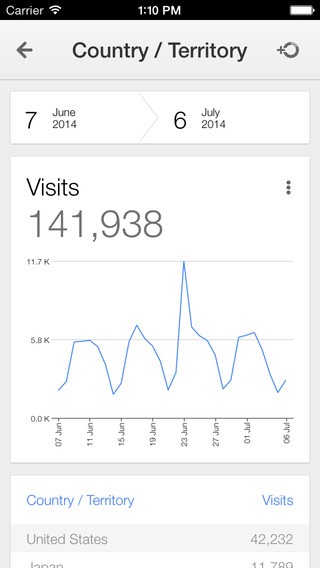 And oh, the app is absolutely free, so it won’t harm your wallet in any way.

(Download: Google Analytics for iPhone on the App Store)