Google, it’s fair to say, likes to make a song and dance of its announcements, and with the company’s Google+ event having taken place today, Hangouts has been afforded a pretty healthy update. Vic Gundotra announced all of the details, and if you’re a regular Hangouts user, you’ll be pleased to know that there’s now support for animated GIFs and location sharing, as well as one or two other nice additions. Catch all of the details after the break.

With SMS support also thrown into the mix, it’s clear that Google sees Hangouts as a major player in the field of communication. Instant messaging is certainly a crowded environment right now, with Facebook’s investment in its Messenger app for both iOS and, in particular, Android highlighting the fact that most companies are looking to affect the way we communicate on mobile devices. 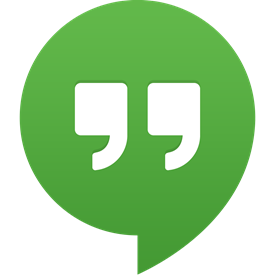 The SMS-enabled Hangouts app should be rolling out later today, and although it’s now one of a myriad of different options available to consumers, Google will doubtlessly work hard to try and force the likes of WhatsApp and BBM out of contention.

The new Hangouts app will be able to hook you up with any of your contacts, and it’s not the first time this year that a big company has sought to streamline SMS to suit its own ends. Facebook’s Home launcher, as well as the Facebook Messenger app for Android, brings SMS into play as a unified system, and this does put the likes of Hangouts at a clear advantage over the ever popular efforts like WhatsApp and BlackBerry Messenger. 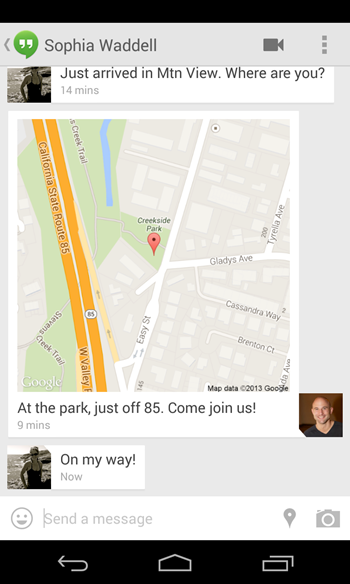 As aforementioned, animated GIFs are also a feature. We’ve seen stickers and emoticons grow in popularity over the past few years, and by integrating animated GIFs into Hangouts on Android, users will be able to enjoy a little meme-based entertainment. Just remember kids – don’t overuse them, because it can become very annoying, very quickly. 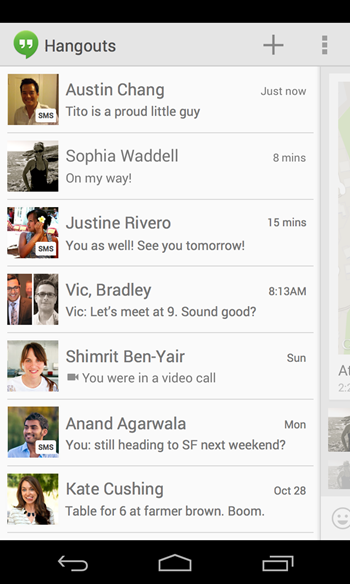 Location sharing is an infinitely useful feature of any communication based app, and its debut on Hangouts is long overdue. Easy to use, it means you won’t have to consult Google Latitude every time you want to tell somebody where you are, which by the way has also been retired by Google, and although Hangouts has been frequently improved on numerous occasions in the past, this is perhaps one of the most significant updates in a while.