We’ve been hearing a great deal about Google Glass over the course of 2013. Almost 10,000 lucky technology enthusiasts have been putting the wearable tech through its paces since Google opened up the Glass program earlier in the year. There’s been a renewed focus on the Glass project in the last few weeks, with Google recently announcing that they are planning on expanding the initiative to allow those early beta testers to invite an additional three people each to get in on the Glass action.

We here at Redmond Pie have always been admirers of what Google is trying to achieve with their wearable tech project, and so one of our staff member who happens to be a Glass Explorer has decided to giveaway an invite to Google Glass Explorer program to one lucky reader of Redmond Pie.

The extremely sought after invite will allow the receiver to purchase their very own Google Glass wearable directly from Google and enjoy all of the benefits that being part of the Glass Explorer program brings. 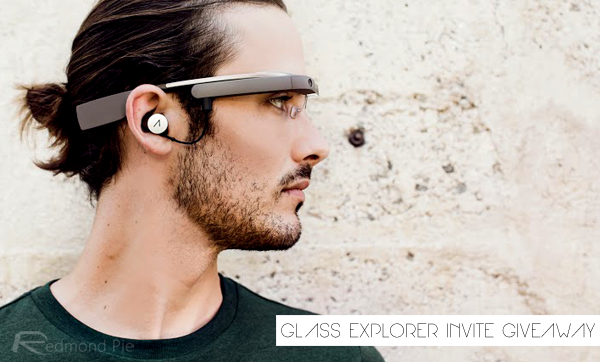 So what exactly do you have to do to be entered into the Glass invite giveaway? Check out the bullets below for the process:

It is important to note that this giveaway is for Google Glass Explorer Edition v2 invite only, you will still have to purchase Glass from Google for U.S. $1500.

There are some additional terms and conditions set out by Google Glass Explorer program, according to which:

Winner for the invite will be drawn at random, and will be announced at the end of day on 12th November, 2013,

Good luck to those that enter.

Update x1: The winner of our Google Glass Explorer Edition v2 invite giveaway, selected automatically at random, is Amanda Pillar. She has been notified about this via email/Facebook Message/Twitter Message. Thank you all for participating, we will have more giveaways soon.