With Google’s Project Glass commanding quit a few column inches in the digital world, many spectators had wondered if the wearable tech ran on Android or whether Google had come up with a new ecosystem through which to build software for the headgear. In terms of practicality and future integration, it would make a great deal of sense for Glass to run on Android, and today, the Mountain View company’s CEO Larry Page had stepped out and confirmed this to be the case.

In the days of Froyo, Gingerbread and Honeycomb, Android was considered to be a fair stretch behind its rival iOS in terms of overall efficiency and ease of operation. But Google has worked hard to improve the user experience with the subsequent releases of Ice Cream Sandwich and Jelly Bean, and nowadays, Android looks and feels like the real deal.

Keeping Glass within the Android family makes it a lot easier for Google’s developers and engineers to work on mutually intelligible apps between mobile devices and Glass. Speaking at today’s earnings call, Larry Page gave offered brief but definitive info on the software powering Glass. "Obviously, Glass runs on Android," he said. "[Android] has been pretty transportable across devices, and I think that will continue." Page wouldn’t go into any great detail, as you might expect, but at least any ambiguity can now be put to rest.

Glass is currently in the hands of numerous developers who’ve begun the lengthy process of  tailoring apps for the big launch scheduled later on this year. With prices upward of $1,500 apiece, many will be unable to count themselves among the early adopters, and even for those who do have that kind of cash lying around, the competition for what will likely be a limited early supply promises to be extremely fierce. 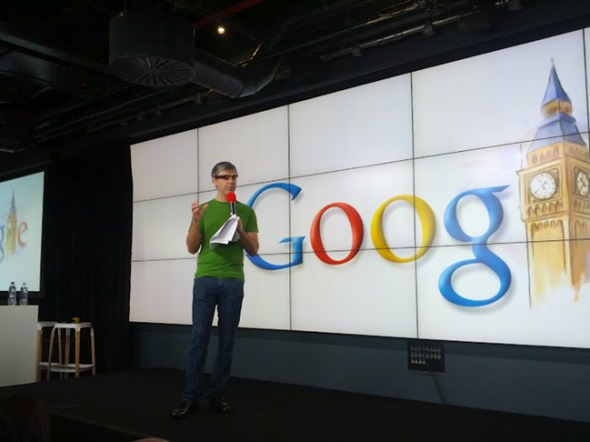 With that said, there’s a real feeling Glass could be a game-changer, and with other companies also said to be exploring Glass-like possibilities, it’s not inconceivable that Google could be about to forge a significant new market in the tech world.

With the complete set of Google Glass specs released by Google itself a few days back, today’s nugget does indeed complete the whole feature list.

We’ll keep you guys in the loop with any further information regarding Glass, so stay tuned to our coverage here at Redmond Pie!