Google Is Now A Subsidiary Of A New Company Called Alphabet, Here Are The Details

A new chapter in Google’s history unfolded earlier today, when co-founder Larry Page announced that the company and all its ventures will henceforth be operating under a new parent company called Alphabet Inc., spearheaded by Page himself as CEO and co-founder Sergey Brin as President.

Google has always been an exploratory company, never afraid to experiment with and invest in new ideas in a multitude of fields, no matter how crazy they may seem. This move, as Page explains in his post on the official Google blog and abc.xyz website, is to streamline these efforts while providing greater transparency and flexibility to each. Google Inc. itself will be “slimmed down” as part of this change with Sundar Pichai taking over the reigns as CEO. With Google becoming a subsidiary of Alphabet, it will be replaced by Alphabet Inc. as the publicly-traded entity while the ticker symbols for its shares (GOOGL, GOOG) remain the same. 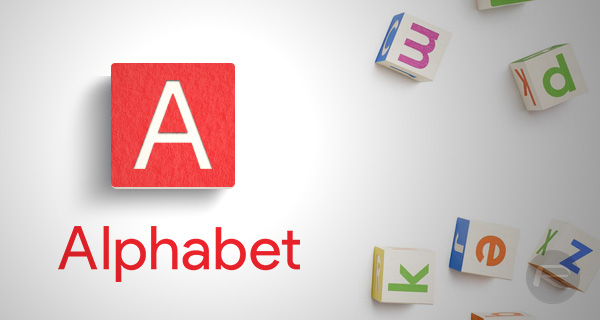 The name ‘Alphabet’ is homage to the letters that make up a language or as Page sees it, “one of humanity’s most important innovations”, and Alpha – the measure of an investment’s performance against a benchmark index.

While this doesn’t mean much to the average Google consumer – apart from the fact that it is simply easier to understand – it isn’t one to be dismissed as daily noise. With a separate CEO running each arm with complete independence, such a restructuring should help drive more focus at Google as well as other ventures that don’t share much in products or services with the Internet giant, such as Capital, Nest, Ventures, Calico, the ISP Fiber, and X Labs, the research subsidiary that now works on Glass – all these will now be separate entities along with Google under the umbrella of Alphabet Inc. This means faster improvements for the Internet products we all use on a daily basis, more amazing ideas being explored, and possibly, relentless acquisitions. It should certainly have competitors rethinking their strategies. 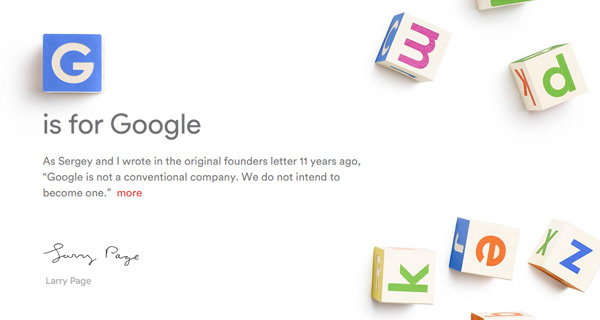 It is clear that Google is looking to move even faster in its quest for new, game-changing ideas. While this might have competitors of each Alphabet subsidiary rethinking their strategies, it spells exciting times ahead for us consumers as well as aspiring entrepreneurs looking for the support of a stable collective.