Continuing with its traditional Free App of the Week initiative, we have yet another paid app going free on the Apple App Store, and that too a popular game which usually retails for $4.99, but is free right now till next Thursday.

Called Goat Simulator, this game from Coffee Stain Studios needs no introduction. This beyond-comprehension insanity of a title has kept gamers occupied for years, with the developer progressing it to become even more fun with every update that we have come across. For those who have no clue what the fuss is all about here, Goat Simulator is one of those few iOS games that makes absolutely no sense, but yet are addictive and fun to play. 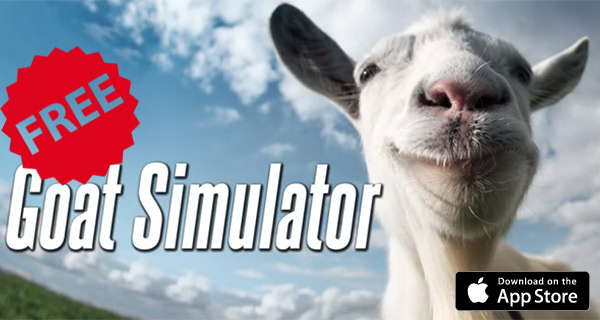 The game is all about causing as much destruction as possible where you gain points for smashing into and breaking stuff. Well, that’s really put mildly given that you can cause some serious explosions as well playing as one bad-ass goat. Perhaps even more entertaining is the rag doll like physics, especially when this deranged mammal rams into clueless people spread across the world.

The latest iOS version comes with a few additional goodies, such as the iMessage sticker pack. Aptly, the developer has also thrown in a winter theme, and why not given the holiday and Christmas season? This also makes the game a nifty little gift for a friend or family.

Gameplay-wise, Goat Simulator is all about causing as much destruction as you possibly can as a goat. It has been compared to an old-school skating game, except instead of being a skater, you’re a goat, and instead of doing tricks, you wreck stuff. more! When it comes to goats, not even the sky is the limit, as you can probably just bug through it and crash the game. 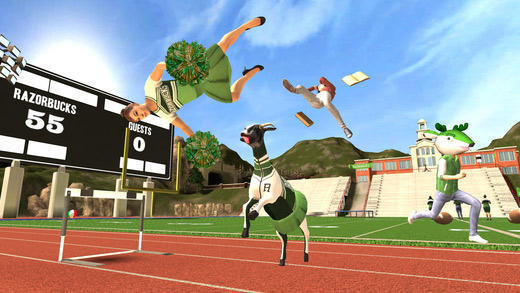 The developer also states that, “Goat Simulator is a completely stupid game and, to be honest, you should probably spend your money on something else, such as a hula hoop, a pile of bricks, or maybe pool your money together with your friends and buy a real goat.” Well, lucky for us, there’s no money-spending involved here for the time being, so if Goat Simulator even slightly piques your interest, check it out right now by heading over to the iOS App Store and downloading it for free for limited time.