The majority of us have extremely powerful and capable smartphones and tablets that can perform a large array of wondrous tasks. We do make use of this functionality, but yet a large portion of smart device users love to spend hours tinkering with the settings on their devices and customizing things to get them exactly how they like it to be. Rather than spending countless hours rooting through menu structures on an Android smartphone to find the desired options to play with, users can now simply use Hive Settings to get quick access to most of them.

The application is entirely free of charge and is compatible with devices running Android 2.1 and above, meaning there shouldn’t be any reason why users shouldn’t head right on over to the Play Store and grab it now. It essentially works as an interface for managing and editing important settings on the device. Those who have experience in the iOS jailbreaking world can think of it in a similar fashion to SBSettings, but accessed and actioned through an app interface rather than a modal presentation invoked through gestures. 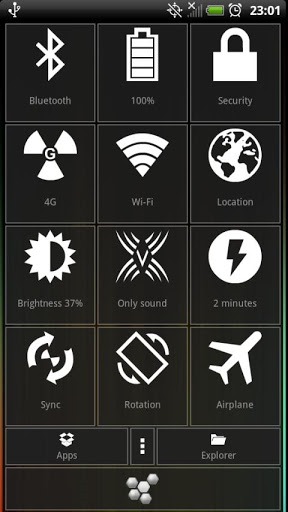 The interface of Hive Settings can only be described as big, block-based and designed with the goal of ensuring that users simply can’t miss what they are looking for. The display is sectioned off with clearly defined boundaries and large user facing icons that simply can’t be missed. Settings such as managing Bluetooth, toggling Wi-Fi, GPS and data services are all present, along with the ability to flick Airplane mode on and off with relative ease. Hive Settings also has app install privileges and allows apps to be installed to an SD card as well as rapid file removal. 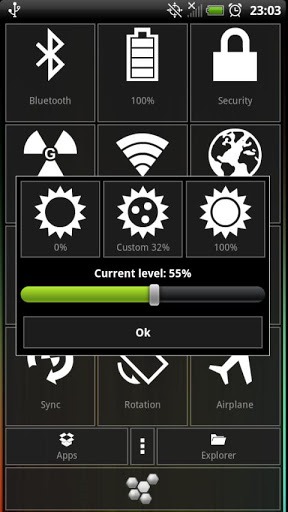 Users can filter through installed applications by multiple sets of criteria, as well as pull up detailed information pertaining to each and every application installed on the device at any given time. It seems that a lot of thought has been put into the development of Hive Settings, but it also seems that the developer is actively asking other developers to include the software in future custom ROMs, so we could see it coming to devices as a kind of stock install with future releases. Fingers crossed. 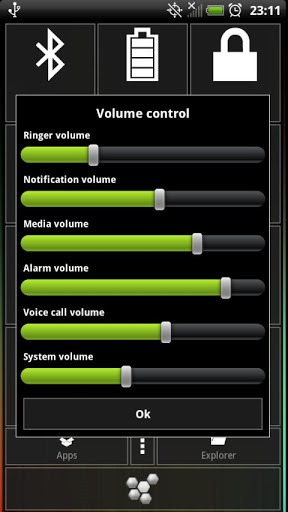 (Source: Hive Settings for Android on the Play Store)