New and interesting ways to take Android and turn it on its head are part of the reason that many people prefer the platform over the more uniform, tired down iOS or Windows Phone. It’s the reason that XDA-Developers exists, and it’s the reason that very forum often plays host to some of the best Android apps and tweaks around. With that in mind, it’s perhaps no surprise that the tweak we’re about to tell you about is the brainchild of an XDA-Developers forum member.

With hardware buttons all-but going the way of the dodo, and on-screen software buttons hit and miss in their placement and indeed execution, it was only a matter of time until someone took matters into their own hands and created an alternative. That alternative is Floating Soft Keys, and it’s available for free, and it’s a great app to have if you’re always bothered by those on-screen buttons on your Android device. 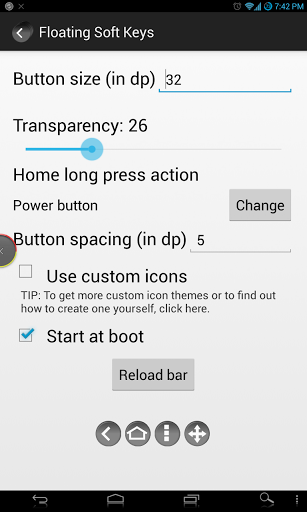 In execution, Floating Soft Keys does exactly what that descriptive name suggests. Once installed, the app places the standard Back, Home and Menu keys above whatever content is displayed on-screen. A fourth button lets users drag the entire thing around so as to give maximum flexibility. 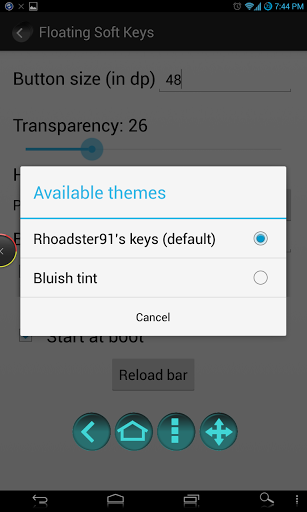 Options-wise, Floating Soft Keys lets users change the size and transparency of the buttons, as well as their spacing, so any look can be accommodated. Custom icons are also supported, which opens the door for skinners to work their magic should they see fit. The XDA-Developers forum thread even features a little guide for those wishing to turn their hand to a little icon creation, too. But if you’re a normal user like us, then you probably want to grab the app from the Play Store directly instead of toying around way too much. 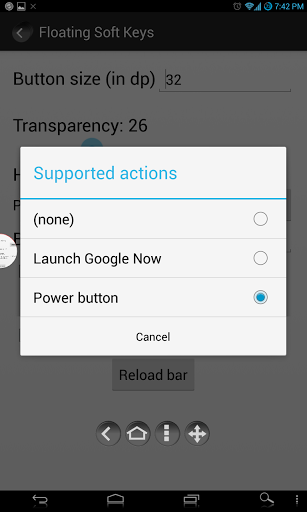 Floating Soft Keys’ developer has made the project open source, and it can be downloaded from Github. It’s worth noting that root access will be required for the app to do certain things, but with the app costing nothing and being available ad-free from the Google Play Store, there’s no reason not to give it a whirl beyond that.

(Download: Floating Soft Keys for Android on the Play Store)