As primarily an iOS user (with quite a bit of time for Android, mind), I have had very little experience with Microsoft’s Windows Phone platform. In fact, apart from toying around with a Lumia 800 (which, by the way, I did rather enjoy), I have to confess to being a bit of a noob when it comes to the platform, but nevertheless, I am as excited as any with the prospect of Windows Phone 8.

One thing that has always prevented me from taking the plunge and purchasing a Windows Phone 7 device is the limited hardware. Sure, there aren’t as many apps as on both iOS and Android, thus leaving many new users a little lost without their creature comforts, but I can most certainly live without being spoiled for choice.

No, my main issue has always been the lackluster hardware, and despite being impressed with the look and feel of the Lumia devices, the slow processors, below-par cameras and lack of “bite” have always been the main problem. Now, though, the Redmond company has stepped things up a notch, and as well as supporting dual-core capabilities, the general look of Windows Phone 8 is certainly shaping up to be a massive improvement on the current Metro-laden ecosystem. 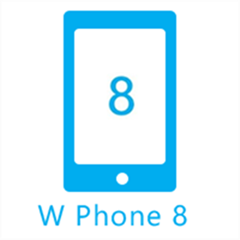 Although consumers running Windows Phone now will only get to see a stripped-down version of Windows Phone 8 in the form of Windows Phone 7.8, at least it offers the well-documented new home screen, which will be one of the main attractions of the new firmware when it finally launches later this year.

Tiles will be dramatically improved, offering different sizes and more customizable layouts, and with many WP7.x users itching to get their greasy paws on the update, there is an app which might just tide you over until then.

Unfortunately, the app, named W Phone 8, isn’t an emulation of the real deal, rather a demonstration, a taster, a teaser even, of what’s to come. As you can see from the screenies below, it looks a whole lo of fun: 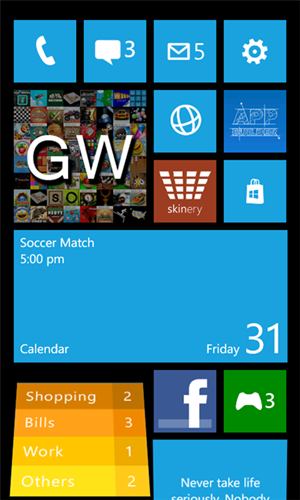 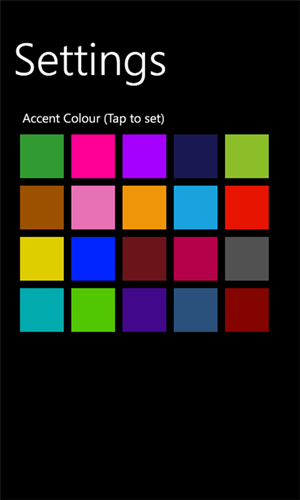 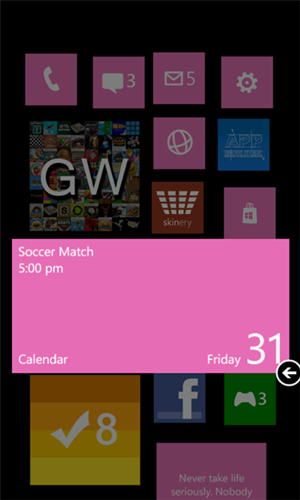 It will certainly be intriguing to see just how much of a mark Windows Phone 8 makes when it does arrive to the market, and whether it can manage to muscle its way into the ongoing battle with iOS and Android. With consumers familiarizing themselves with the Metro UI when Windows 8 Final releases on October 26th, the software maker has a real chance at challenging for market dominance, and so long as the smartphone version lives up to the billing, 2012 might well be Microsoft’s year.