It’s fair to say that the mobile industry gets a little bit carried away with raw specs than is actually necessary. After all, the fact that vendors keep chucking in new, improved processors of multiple cores doesn’t necessarily equate to significantly better performance, particularly if the software isn’t optimized to make the most of the power at its disposal.

In a new, in-depth review of the Samsung Galaxy S5 by Anand Lal Shimpi – renowned for being thorough in his assessments – has discovered that for all its quoted power, the actual performance of the device is not all that mind-blowing, and in fact, lags behind that of the HTC One M8 and the iPhone 5s.

Every year, the latest Galaxy S device releases to its fair share of critics. Some have pleaded with the Korean company to offer a more premium, perhaps aluminum design, while others have wondered whether said upgrade is enough of an improvement upon the preceding release. But the performance has never been in question, and last year’s Galaxy S4, although required to share a portion of the limelight with the HTC One M7, was still considered the best all-round performer upon its release. 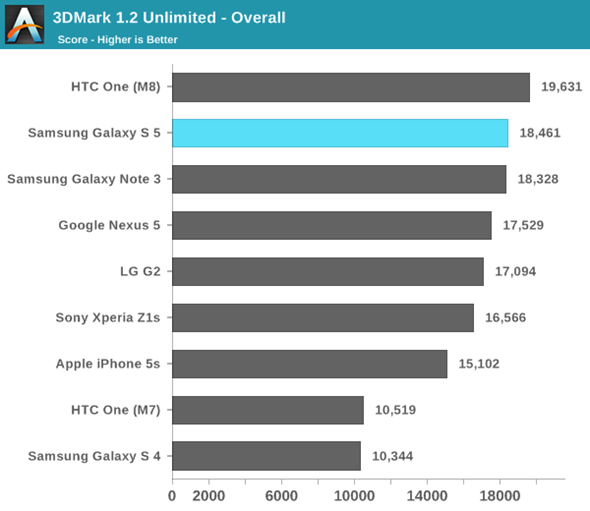 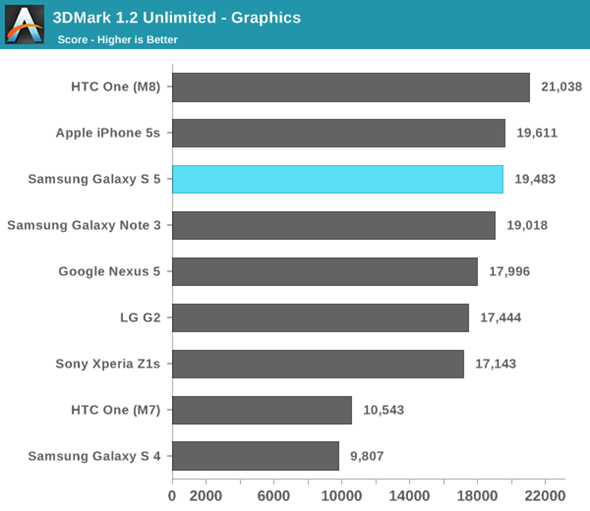 Anand Lal Shimpi, along with Joshua Ho, has just posted an extensive review of the Galaxy S5 over on AnandTech, and even though we might have presumed that Samsung’s latest and greatest would comfortably out-perform the 6-month-old iPhone 5s, it actually appeared to struggle. In most of the tests Lal Shimpi and Ho performed, the Apple handset – powered by a 64-bit dual-core A7 processor – came out on top, as did, worryingly for Samsung, the HTC One M8. 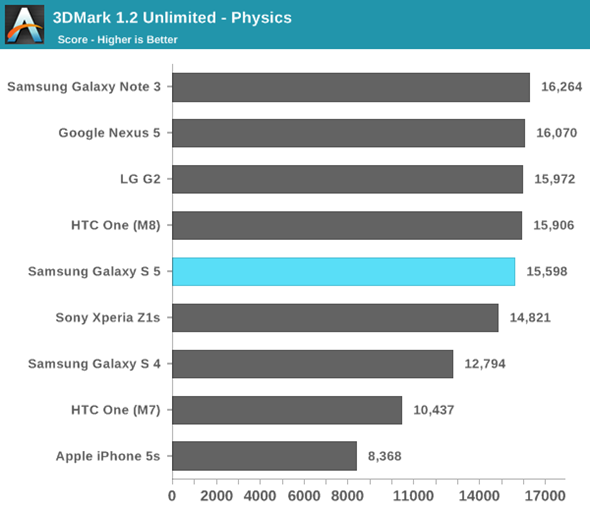 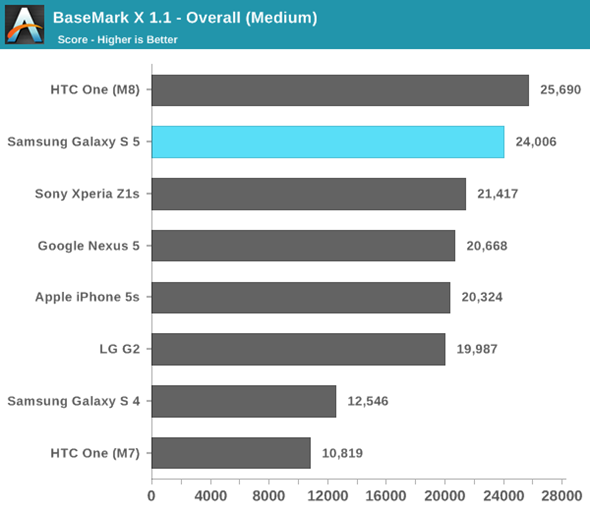 The Apple A7, accompanied by the M7 motion co-processor, is incredibly efficient, and since the iPhone 5s’s hardware demands much less effort on the part of the SoC, it’s no surprise that it managed to score favorably. But the fact that it outdid the Galaxy S5 in many areas will be of alarm to prospective purchasers of the Galaxy S5, and with Samsung having reportedly filed a lawsuit against a Korean press outlet for unfavorable coverage of its latest and greatest, there’s an underlying feeling that the Galaxy S’s dominance in Android space is wearing thin. 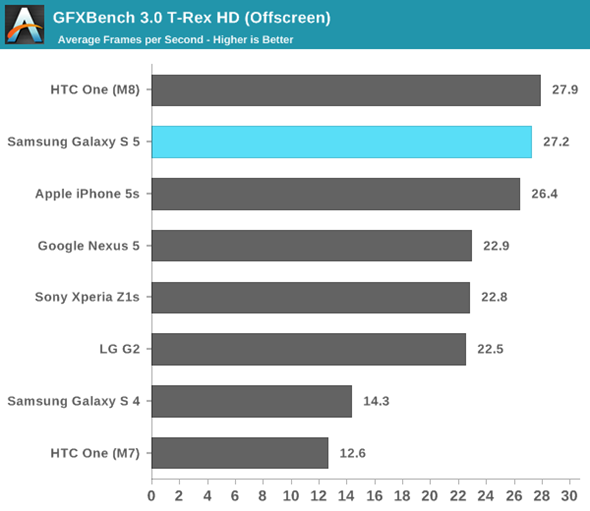 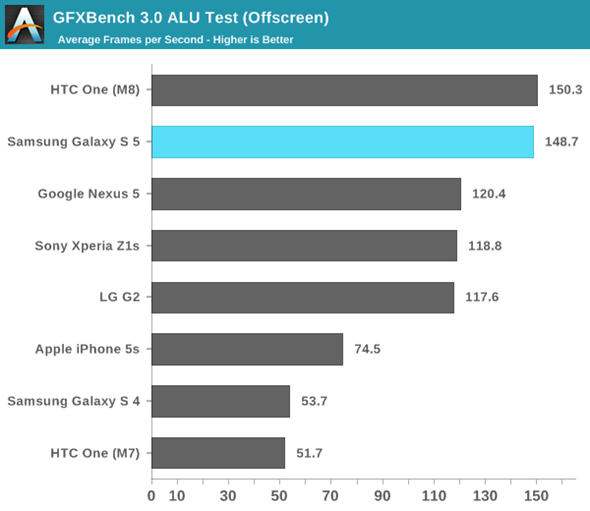 For those considering grabbing the Galaxy S5, the AnandTech review is more than worth the read, and for all its fanciful features and supposed improvements over the Galaxy S4, one has to wonder whether the loyal army of Galaxy S fans have seen enough to make the purchase this time around.