Solar power is one of those things that was once supposed to provide a fix for all of our power-based problems. Even though some companies are using solar energy to at least part fuel their datacenters, it has still not quite lived up to its billing. Solar energy has even been talked of as a way of powering our personal gadgets, too, but so far nothing has really come to fruition. Sure, calculators and keyboards exist that run on power generated from the sun, but that’s a far cry from keeping a power hungry iPhone juiced all day long.

However, that hasn’t stopped Apple from trying, and a newly updated patent means the iPhone maker is now apparently hard at work, trying to make a touch-based smartphone with a solar panel built right in. 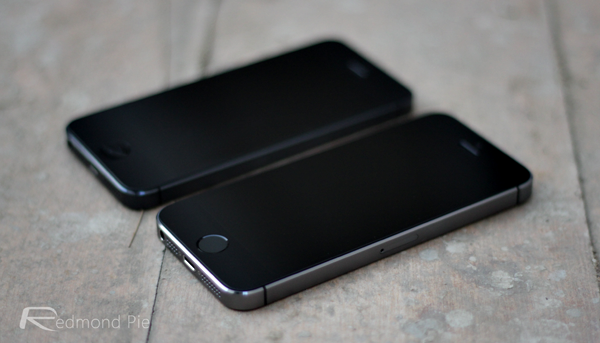 Discovered Tuesday, U.S. Patent No. 8,730,179 is for an “Integrated touch sensor and solar assembly,” which is a fancy way of saying Apple now has the patent that will allow it to put a solar panel under a smartphone’s touch-screen. Even typing that sentence out has our head hurting – the thought that such a thing is even possible really is rather impressive. The fact that Apple’s got a patent for it just has us even more interested.

While we won’t be holding our breath for a solar-powered iPhone 6, the patent shows a solar panel sat below not just a touch panel but also a flexible display. If you weren’t already interested, you should be now. 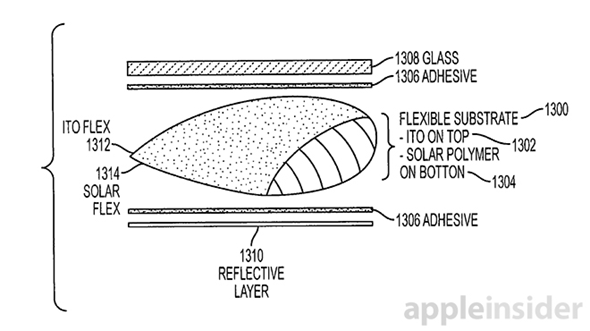 The original patent for a touch-screen with integrated solar panel was filed back in 2008, but this newly updated revision was only awarded this Tuesday and means that if Apple were to make such a thing a reality, it can now do so without fear of anyone popping up with an obscure patent and a demand for a few truck loads of cash. Still, that probably won’t stop them from trying!

As with all patents, there’s no guarantee anything will come of this. That being said, we’re going to take a seconds and sit here quietly, contemplating the idea that we might not have to charge our smartphones quite so often in the future.

At least, not when the sun’s out, anyway.