The Frostbite 3 engine is heavily lauded as one of the most powerful and advanced of its kind, and with the technology being the driving force behind the supreme graphics performance of Battlefield 4, it looks like a variant of the engine will soon push the boundaries of mobile gaming experience even further. EA has already indicated that the Frostbite 3 engine cannot run on the Nintendo Wii U, but the publisher remains keen to offer “true Frostbite experiences to all major mobile platforms,” and with the Frostbite webpage offering details of a project called “Frostbite Go,” we could certainly see some truly high-end gameplay on our smartphones and tablets.

There’s no doubt that, since the original iPhone’s inception, mobile gaming has come on in leaps and bounds. We’re not quite yet at so-called ‘console quality,’ but having played Dead Trigger quite a few times on both iOS and Android, I have been very impressed by just how much these gaming engines have enhanced the graphically-intensive mobile experience. 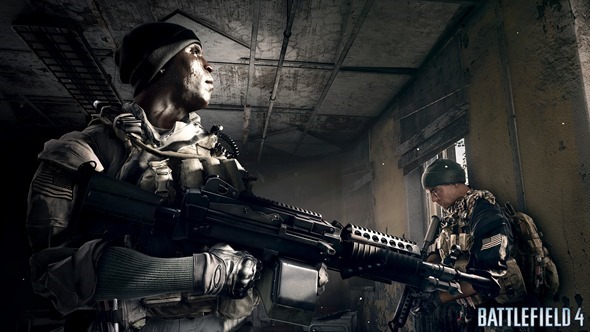 EA is clearly excited about Frostbite Go, calling it “one of our most exciting current projects,” and having seen some snippets of the kind of graphics and gameplay Battlefield 4 will be offering on next-gen consoles, what’s not to be excited about?

It’s worth pointing out that EA didn’t exactly make any specific references to “Frostbite 3,” but with it being the latest and greatest engine the company has produced, it’s certain that many of its traits will be utilized with the mobile variant. Also, EA said that Frostbite Go will be coming to all major mobile platforms, so yes, iOS and Android are both definitely on the cards.

Frostbite Go is all about “empowering EA game developers,” which suggests it’s designed more for the big EA studios who’ve worked with it Frostbite in the past, as opposed to lower-level independent app companies. Nevertheless, it’s going to be interesting to see just how much this development changes the mobile gaming scene, and although we cannot yet begin to speculate on when we might actually begin to see mobile games running Frostbite Go, we will certainly keep a lookout. In the meantime, you’re probably quite a bit excited about the prospect of Battlefield 4, which will launch later on this year for current and next-gen consoles. We’ve already seen the 17-minute in-game trailer, and cannot wait for the release later this year.