Foursquare For iPhone Gets Its Big iOS 7 Update

If there’s one thing that a big new release of iOS guarantees, it’s more app updates in the space of a week than we usually see in a couple of months. If our iPhones are anything to go by tonight, then the chances are you’re all seeing a lot of developers have had their updates approved today, ready for iOS 7 shipping on the 18th.

One of the highest profile apps to receive its big iOS 7 update is Foursquare for iPhone, which popped up in the App Store just now.

A free update, the new version of Foursquare actually features two different interfaces. If you’re running iOS 7, then you’ll see the newly redesigned interface when you first run Foursquare on your device. If you’re still rocking iOS 6 though, you’ll see the same interface you’ve become accustomed to, but with the under the hood changes that Foursquare has applied in this latest update. Not bad, but we’ll stick with iOS 7, because that’s where the good stuff is happening. 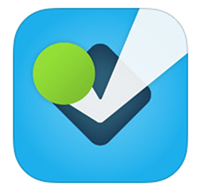 The largest change here, and the headline grabber for sure, is certainly the new interface. Bright blue and as flat as they come, Foursquare looks every inch an iOS 7 app. It still feels like the Foursquare you’ve been using all this time, but with a more modern touch that we expect to see rolling out to all our favorite apps now that iOS 7 is upon us.

Foursquare certainly isn’t the first app to receive a lick of paint in honor of iOS 7, and we can only guess at the number of apps that are currently sat awaiting approval by Apple’s team of App Store reviewers.

One of the best aspects of a new version of iOS is the way developers leverage the new features of that new version, and with iOS 7 we can’t wait to see what developers change in their user interfaces just as much as we look forward to seeing what they do with the new APIs and the improved multitasking features.

Now, we’re off to install another dozen app updates.