Flex 2 For iOS 7 Released, Lets You Create Your Own Tweaks On The Fly For iPhone

Many of us would love to develop our own apps, tweaks and learn programming, but like our aspirations to master a new language, pick up a new instrument or go to Australia, issues such as time, money and work often prevent these things from happening. But a tweak called Flex has long since given those with little knowledge of code the ability to create their own patches, and with a thriving community having helped to make the sequel – aptly named Flex 2 – a reality, those of you looking to create your own iOS mods can continue to do so with ease.

If I were to speak of every single way that Flex 2 can manipulate your device, I would certainly be here all day, but it’s fair to say that, if you’ve ever had a niggling issue with the way an app or feature looks or behaves, then Flex 2 is your key to doing something about it. 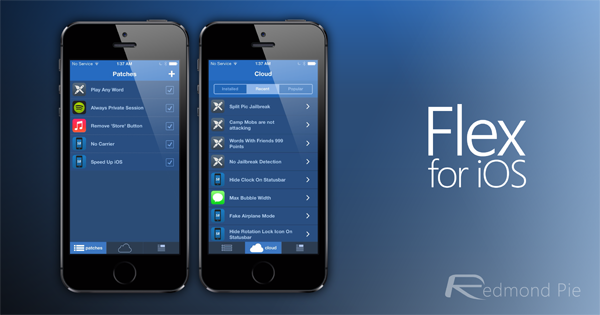 iOS is inherently restricted. Not only in the fact that it’s closed source to the point where developers can’t access core features, but it seems that the Cupertino has a rather bemusing knack for imposing limits on elements almost arbitrarily. For example, while the Mail app has somewhat improved over the last few iOS revisions, you’re still limited to sending only five images at once via email from Photos app, if you’ve always found this to be a hindrance to the general experience, you can use Flex 2 to set the limit to 1000 photos via email, should you so wish.

Of course, this is an extreme example, but this Cydia tweak doesn’t seem to know limits. Almost anything you don’t like the look of, or wish to change, can be done with Flex 2. From altering the size of the Siri window to adding timestamps to every correspondence in the Messages app, this tweak gives you the freedom to modify things on your own terms.

As per the release notes, the dedicated users of Flex have already created some 6,000 working patches for altering the behavior and look of certain segments of the iOS interface, so if you check out the Flex Community Cloud upon installing Flex 2, the chances are, someone’s probably already done the (admittedly menial) work for you.

Flex 2 costs $3.99 over at the BigBoss repo, and while this is certainly at the higher end of the tweak pricing bracket, it’s also a one-off opportunity to mod your device by creating the patches that you specifically require.