The pursuit of the untethered iOS 5 jailbreak has been a non stop, full on roller coaster ride which started in November, and looks set to continue for the next week or so at least. The development past has been anything but smooth, and all involved have had to overcome a series of technical hurdles just to get to the position we find ourselves in. 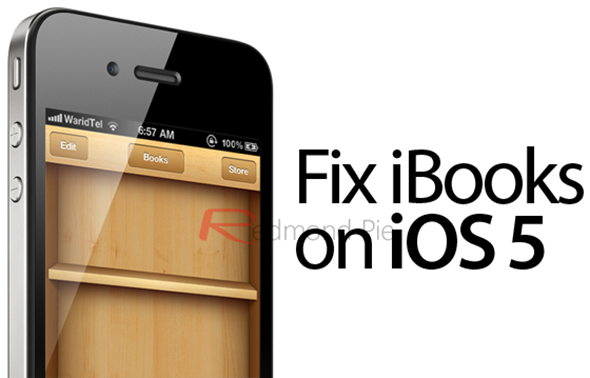 Owners of iDevices which are powered by Apple’s A4 processor find themselves in a privileged position of actually having an available untethered jailbreak, giving them bragging rights over those who own the current generation units. The release of the A4 ‘Corona’ jailbreak went some way to appease a large section of the community, but unfortunately the journey hasn’t exactly been problem free.

If you are the owner of an older generation device, and are enjoying the untethered experience on iOS 5.0.1, you may have come across a slight problem which relates to specific applications crashing upon launch and redirecting you back to your Springboard. This issue has been reported to be occurring with various apps, but seems to be happening with the iBooks application due to the jailbreak protection that Apple have integrated into the application.

We brought you a post a few days ago about the imminent release of an update to the Corona package within Cydia that would resolve the iBooks issues. This update was put in place after one of the main default repositories refused to publish a ‘fix’ known as xBooks due to the ‘brutal’ nature of the hack. Without going into the technical side of it, xBooks was considered to be a stop gap solution, with a more permanent resolution being preferred.

A new blog post from French developer Pod2g, and a tweet from Cydia founder, Jay Freeman, have confirmed that the 1.0.5 Corona update is now live in Cydia which resolves the iBooks issue, along with the launchd socket issue. An initial update to version 1.0.4 briefly went live in Cydia, before Saurik added a force reboot on upgrade and pushed a new version taking Corona to the current 1.0.5 release.

If you have Corona installed as part of your untethered iOS 5.0.1 experience, then head over to Cydia now and simply upgrade to the latest version to fix iBooks and other bugs. 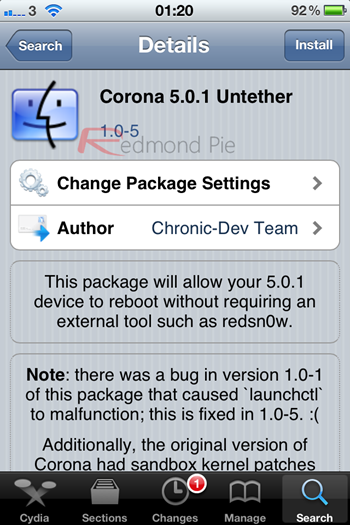 Update: MuscleNerd of iPhone Dev-Team has just updated Redsn0w for both Windows and Mac to version 0.9.10b4 which incorporates the above fix for both iBooks and launchd. The fix can be installed by simply re-running (uncheck Cydia option) this new version of Redsn0w over the existing jailbreak.