There’s little doubt that the big topic of discussion surrounding Windows 8’s launch last year was the removal of the Start button that we had all grown to love ever since its addition in Windows 95. The cornerstone, and literally living in the corner of Windows ever since, the Start button was unceremoniously removed in Windows 8 as Microsoft tried to push its users towards the Metro/Modern interface that it hoped would replace the old way we navigated our apps, settings and documents.

It turned out that people actually missed that Start button in Windows 8, regardless of whether they were keen on the Metro/Modern interface or not. Yes, Windows 8 let people use a Desktop of sorts, but without the Start button it all still felt a little too alien for some, even though a press of the Start key on a keyboard would launch Metro/Modern UI and, effectively, offer the same access to apps that the old Start button did. 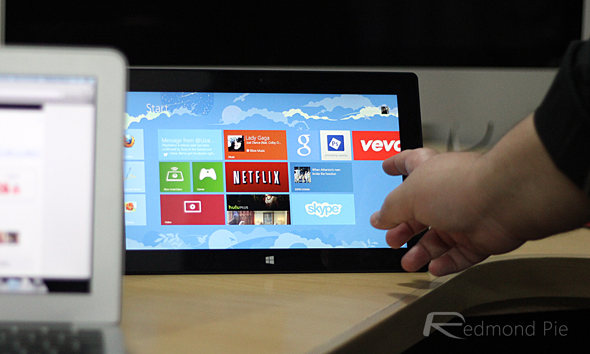 With Windows 8.1 though, Microsoft is once again bringing the Start button to Windows computers the world over – assuming they get upgraded to Windows 8.1 of course.

The latest ad for Microsoft’s operating system aims to make sure everyone is well aware that the Start button is on its way back, and spends a full 30-seconds pointing it out. It’s clear that the Start button still just takes you into Metro/Modern UI, but the fact that the button exists should be enough to keep at least some people happy.

Windows 8.1 will also make it possible to turn off the Windows 8 hot corners, making the experience much more Windows 7-like. The Start button though will not be something that users can disable, which just goes to show how Microsoft wants to ensure its use.

The new ad spot also carries on Microsoft’s current ‘Windows Everywhere’ advertising angle by showing Windows running on a PC, Surface and Windows Tablet, driving home the point that no matter what form factor your computer may be, you’re still going to get the same Windows experience throughout.

Of course, whether that’s a good thing on a tablet is a debate that will rage on.