Project Maelstrom, the “first torrent-based browser” by BitTorrent has been launched as a public-beta. The release of this unique platform has also been coupled with new tools which allow developers and publishers to build new content for the browser – something that is integral for its success going forward. You can find the download link and further information on this development right after the break.

Project Maelstrom is indeed an ambitious venture from BitTorrent aimed at providing a browser that can access websites through the BT protocol, where the webpages will be powered by a group of people rather than centralized servers. Initially launched as a closed-alpha, the browser’s key to success is dependent on its content development and publishing. BitTorrent understands that well, and says “The biggest limitation right now is the amount of content. It’s a new way to publish, and as such, there’re not many websites published as torrents.” And this is exactly why BitTorrent has released the developer publishing tools as well. 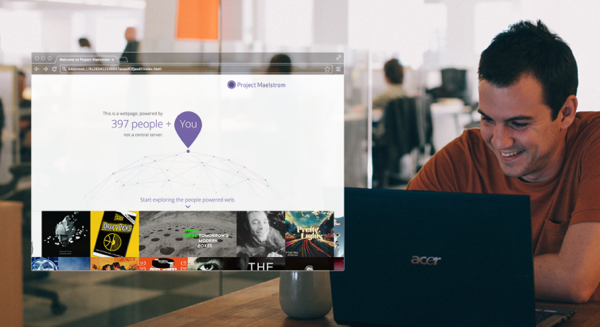 However, the public-beta of the browser is only available to Windows users for now, with no real word on Linux or Mac releases, though these platforms will be supported in the future. According to BitTorrent, this new release has been given some serious stability and performance tweaks, and also includes support for automatic updates, and DHT visualization for users when torrents are being loaded.

Project Maelstrom was announced in December of last year and has been growing since, as per BitTorrent. The company now has over 10,000 developers and over 3,500 publishers enlisted for working on building Project Maelstrom compatible websites. An impressive number indeed, but only a handful of enlisted developers and publishers have been able to begin working on compatible projects, which is a concern. 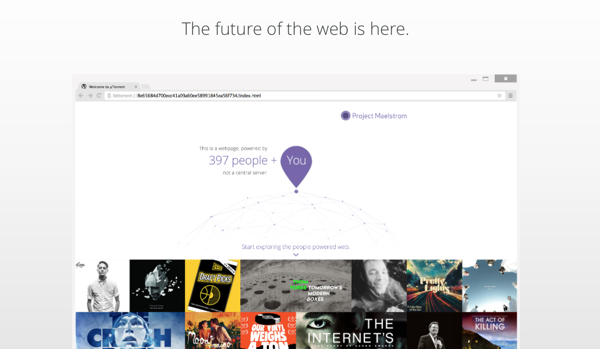 Project Maelstrom is looking to revolutionize the webscape, and BitTorrent is making no secret of it. “It’s a vision for the Internet that we’ve long held at BitTorrent; we believe it’s a necessary innovation to sustain a truly neutral, content-friendly network,” says BitTorrent in its blog. It further suggests that it is looking to build the next twenty years of the Internet by aiming to empower the browser with a distributed protocol, “while offering a more efficient, scalable and cost-effective alternative to HTTP.” 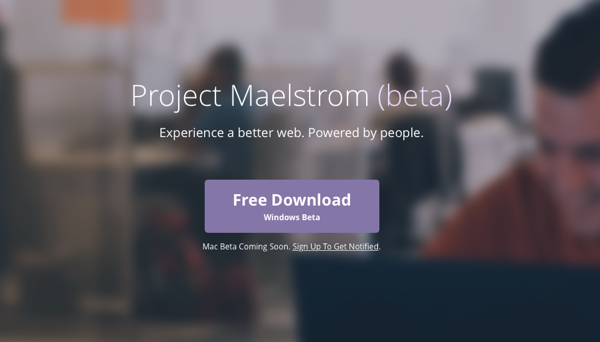 Currently available for Windows only – as we mentioned above – you can download the browser by going to: project-maelstrom.bittorrent.com