If you are like me and make use of a number of different web browsers, then it can become a little confusing to keep up with release schedules and what has actually been included when a company like Mozilla or Google pushes out a new update. For those who use Firefox regularly, you will probably be aware that for one reason or another Mozilla have changed the way they release updates, and whether or not that is to keep in line with competitors is open for discussion.

Regardless of the company’s release philosophies, as consumers we are more concerned with getting our hands on the updated and up-to-date software in order to try out any new features that have been added and test them out, if it meets our browsing requirements. With Firefox being developed and released by a non-profit organization, the theory is that it is one of the only browsers that is actually made with users in mind without the need to compromise on performance. I am sure there are a lot of people who may disagree with that, but the usage figures speak for themselves with Firefox being one of the most popular and widely used offerings around. Although version 13 of the browser is not officially set to launch until tomorrow, it is possible to get the final build now thanks to some download links from the Mozilla site.

Although Firefox 13 doesn’t come with any huge updates that will rock the very foundations of the web browsing world, it does come with a number of improvements, fixes and the odd addition here and there that makes the whole experience a little bit more pleasant for users. The addition of a new homepage option allows users to see a very useful page that includes quick access to shortcuts, downloads, add-ons, bookmarks, history, settings and synchronization options. The custom homepage is accessed by typing ‘about:home‘ into the address bar and hitting enter. 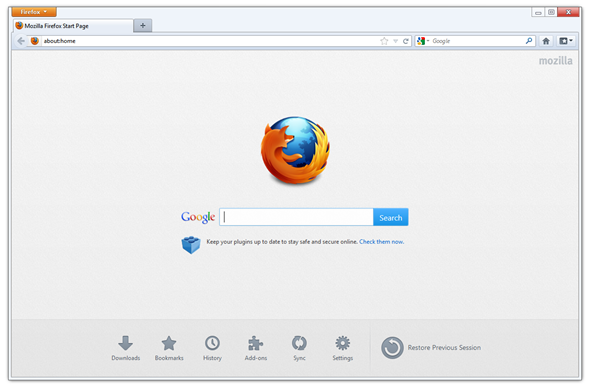 The frequently used tabs page has also been re-imagined with this release and mimics a look and feel straight out of Google Chrome. The main interface of the browser provides a tiled view of previously visited pages along with a thumbnail of each site. Fans of the older, more traditional page can toggle this new feature on or off, but it really does become a very useful addition after taking the time getting used to it. As we find with any major release of a web browser, a number of changes and improvements have also been made from a developer point of view, with the team making large scale enhancements to the HTML Panel, Page Inspector and Style Editor. 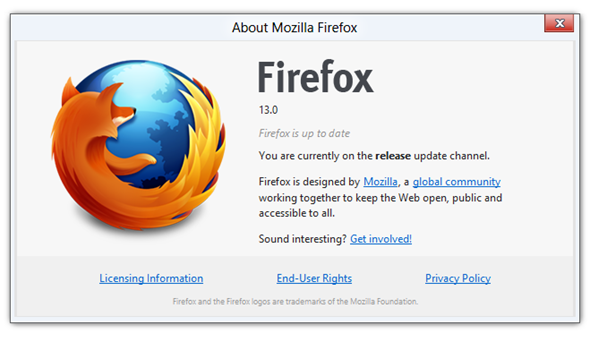 The changes may not be huge, but certainly represent an evolutionary shift for Firefox by implementing some of the popular features which Chrome has been presenting to users for quite some time. The official release will come tomorrow, but let’s be honest, it does feel like a small victory being able to get your hands on it a day early by using the download links below.