Square Enix’s Final Fantasy VI for mobile devices was teased all the way through December, and having hit the Google Play Store back in January, has just become available to those on Apple’s iOS. Full details can be seen after the break.

The Final Fantasy series is easily among the most well-known in RPG circles. Although it first made its appearance on the SNES back in the early nineties, it was Final Fantasy VII that really took the gaming world by storm back on the original PlayStation soon after. But while there have been plenty subsequent of releases both on Android and iOS in more recent times, not every new installment has been a runaway success story. 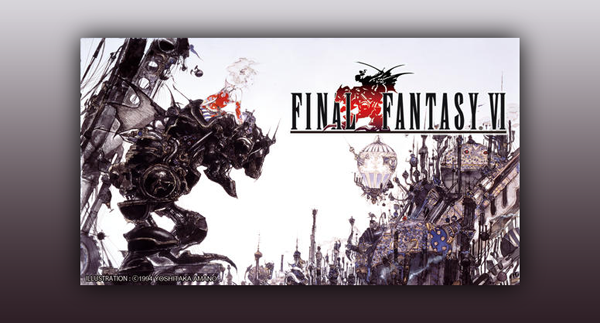 Last year, for example, Square Enix pushed Final Fantasy: All The Bravest on iOS, and since it was already becoming apparent that the FF series was drying up even before the release of All The Bravest, many long-time fans feared that the iconic franchise was beginning to run its course.

But to its credit, Square Enix came out fighting, releasing a series of trailers and teasers throughout December for the then-forthcoming Final Fantasy VI, promised for those on both Android and iOS. In a deviation from the usual state of play, the Android edition was the first to materialize last month, and now, those who’ve been waiting to enjoy the FFVI on their iPhone or iPad can now do so. 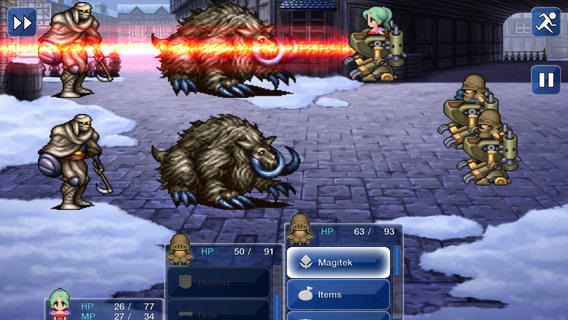 When mobile gaming started to become quite a big deal following the release of the iPhone in 2007, remakes of old games weren’t quite up to par initially, but in more recent times, things seem to have improved dramatically. The visuals always seem nicely optimized to the display, and the controls tend to be perfectly adapted for a comfortable gaming experience. Square Enix has clearly been paying attention, and as with the Android version, Final Fantasy VI looks and runs superbly on iOS. 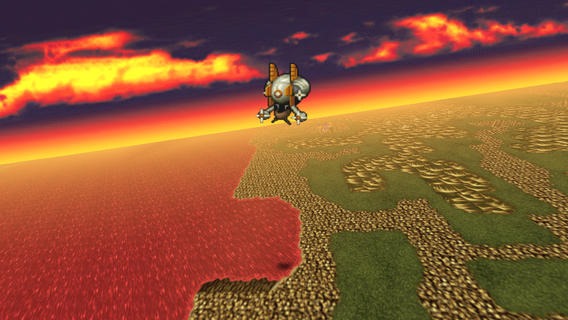 Yes, this lovingly remade classic does exceed what many will be willing to pony up for a mobile game at $15.99, but in terms of RPG titles on mobile, you’ll have to wade through quite a few Zelda-like efforts to get anywhere near the kind of experience offered by Final Fantasy VI.