When it comes to RPGs, Final Fantasy may not be considered among the best like it once was, but the engrossing, almost iconic nature of the original Final Fantasy VII on the PlayStation continues to live on today. In what must go down as the most exciting news for FF fans in a good while now, Square Enix has announced that Final Fantasy VI will be heading to iOS and Android later this year. Perhaps not surprising, especially given that Final Fantasy IV and V took their respective mobile bows not so long ago, but if you enjoy playing games on your iOS or Android smartphones and tablets, then you won’t have to wait too long for Final Fantasy VI to arrive.

As with all of the other recent mobile releases, Final Fantasy VI will feature a visual overhaul tweaked for a more contemporary look, and although some remakes for mobile have stuck faithfully with a simple port of the old aesthetic styles that made the games popular in the first place, Final Fantasy VI should still look good whether you’re rocking an iPad or a Samsung Galaxy. 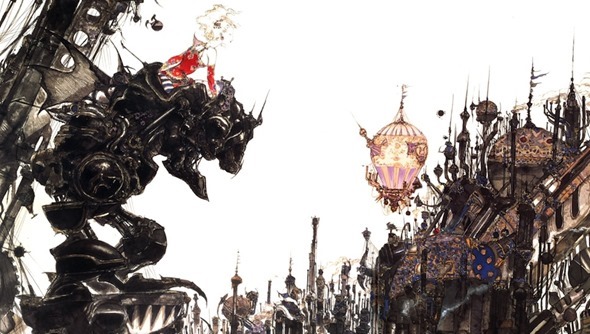 There are also a few improvements to the general playability of FFVI, which would make sense given that it will be optimized for the touch-based environment.

Square Enix has stated that a port of FFVII could happen at some point in the future, although this would take a lot of work, so the company is instead using these other releases as a gauge of whether working on a mobile iteration of the beloved version is appropriate or even worthwhile.

Unfortunately, there are no specific details on when the title will arrive, but sine we are now in the fourth quarter, it’s fair to say that the wait should not be too hard on those eager to give the game a run-out.

We’ll be keeping an eye open for news on that release date, so stay tuned!