After announcing the imminent arrival of Final Fantasy IX for iOS, Android, and the PC at the start of 2016, Square Enix has finally released the title for the Android, iPhone and iPad. The title was originally released at the turn of the century for the iconic original Sony PlayStation where it managed to collect and continue to have a cult following of fans all over the world. Square Enix has clearly worked tirelessly to breathe new life into the classic title in an effort to take the iOS and Android world by storm. There are also a number of unique features baked into the game that will appeal to those hardcore mobile gamers.

In addition to the original content and gameplay, Square Enix have included a number of additional entries into the new Final Fantasy IX reboot. Those downloading the title on an iOS or Android device, can expect to come up against a number of challenges that are designed to unlock in-game achievements. There’s also the inclusion of 7 new game boosters, such as a rapid-pace “high speed” mode. There are also modern inclusions such as auto-save features and dramatically improved cut scenes that make use of the modern hardware and display capabilities that ship with modern mobile devices. 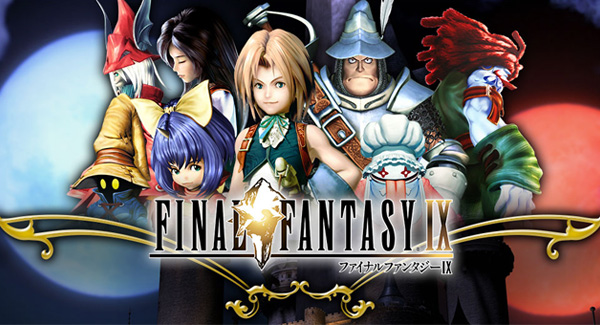 The story itself remains true to the original and focuses on the original content. The gameplay zooms in on a thief named Zidane who is thrust into the middle of a war between two powerful factions after he decides to kidnap Princess Garnet. Of course, when you take the decision to kidnap the heir of Alexandria, you kind of expect to find yourself in a little bit of hot water. There are mini games, the ability to combine equipment together to perform special abilities, the ever present “Trance” mode, and the chance to earn new abilities that lead to additional customizations throughout the Final Fantasy IX world. 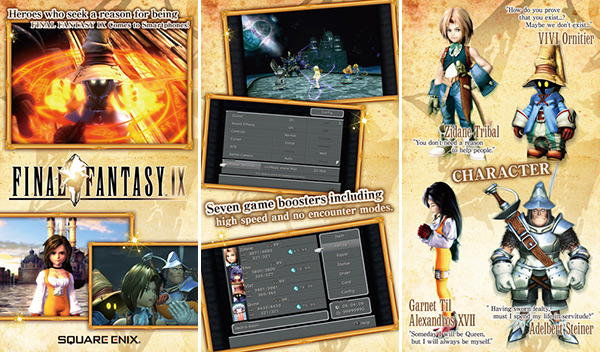 Those downloading the title can expect to have to part with a hefty $16.99, which is actually 20% off the original price and discounted until February 21. There’s also the fact that the title itself is 2GB in size and will take a a lot more space when fully installed, depending on the device you are installing it on. The game has a minimum requirement of iOS 7 or above on an iPhone or iPad, or Android 4.1 or newer.