It’s relatively rare that a mobile game comes along and manages to generate as much excitement and pre-release hype that the Family Guy announcement managed last December. Sure, there’s been a string of extremely popular smash hit games that have immediately benefited from going viral and getting tons of downloads and success on the back of that. However, the Family Guy franchise is an existing household name that already boasts an animated TV series, along with a whole heap of official merchandise. Add to that a stunning, extremely fun and visually impressive mobile game that’s now available to download for iOS and Android.

As you might expect, Family Guy: The Quest for Stuff follows the Griffin family on yet another far-fetched and entirely hilarious adventure as they go on a quest for, well, stuff. The actual main plot of the title focuses on the fact that Peter Griffin has had yet another violent disagreement with the giant chicken, resulting in the total destruction of the beautifully animated Quahog. Gamers find themselves rallying up Peter, Chris, Lois, Meg, Brian and Stewie to play through various missions and scenarios in an attempt to restore Quahog back to its’ former glory. 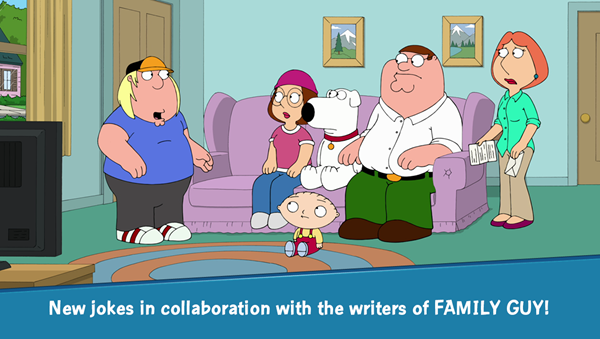 The game itself has been created as part of a collaboration between TinyCo Studios and FOX, with a lot of the internal content and comedic narration being provided directly by the writers of the insanely popular Family Guy TV series. 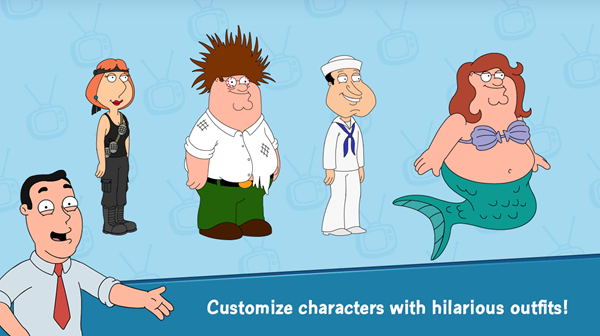 The Quest for Stuff follows the same kind of pattern that we’ve seen with a number of large studio games, in that it’s free to download and play with in-app purchases. Hitting specific milestones in the game will unlock hilarious outfits for Peter Griffin as well as reveal a bounty of classic and newly created animations for the gamer’s enjoyment. 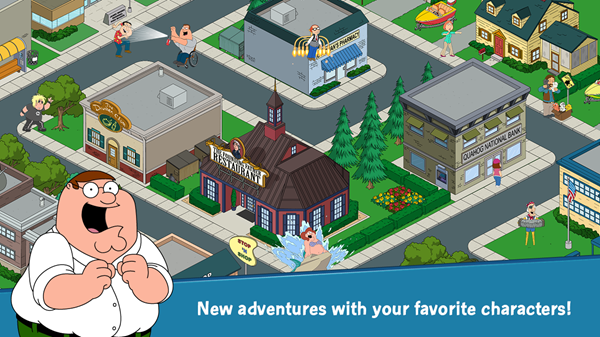 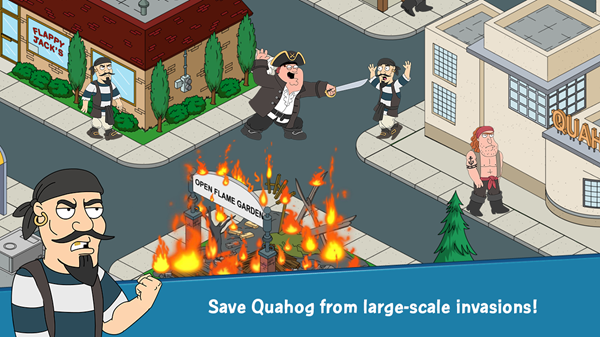 The characters are perfectly animated. The environment and representation of the famous Quahog are just beautiful. The game even contains rebellious pirates, giant evil chickens with scrupulous morals and a lot of peril. Plus, it’s entirely free to download and play and contains classic vehicles from the series such as The Petercopter and The HindenPeter.

What more could you possibly want?

(Download: Family Guy: The Quest For Stuff for iOS / Android)