Facebook Trying To Convince Employees To Switch Over To Android [IMAGES]

It shouldn’t come as any surprise that Facebook prefers that their employees fulfill their smartphone needs by using an Android device, after all, they originally took steps to convince workers to move across to an Android device back in August of this year. It makes sense that the Palo Alto company wants their own employees to extensively test their Android app variant, but it seems that they are once again attempting to switch employees over to Android in an internal campaign they are referring to as "Droidfooding".

The campaign name is obviously a nice little Android based play on the term ‘dogfooding’, which is generally reserved to describe the act of software companies using their own product or products to describe the robustness and capabilities of the product. The management structure at Facebook has taken the step of adorning the walls of the Menlo Park campus in California with posters and print media that not only advertise the Droidfood campaign but also shows some statistics predicting that Android devices will entirely dominant the smartphone market by 2016.

The continued efforts to get staff to move from iPhones to Android devices seems to be once again related to the fact that they are less than happy with the current quality of their suite of apps that are available on the Play Store. The majority of Facebook employees use Apple’s smartphone and therefore aren’t in a position to provide testing and feedback data back to the engineers who are working on the Android products, something that they are keen to rectify by getting staff to dogfood the app. 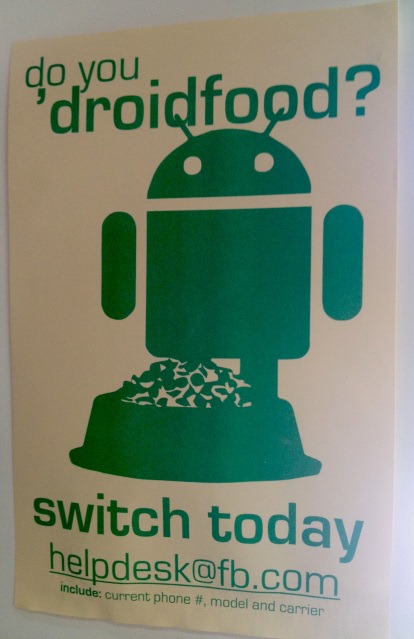 Besides the current push to get more staff onto Android and internally testing the product, it may also come as a surprise to some that Facebook employs a testing feature that they call ‘Rage Shake’ within development builds of their apps. Testers are able to vigorously shake their devices when they stumble on a notable bug or issue, which is then immediately reported back to the relevant people for fixing or investigation. Unfortunately, it seems that rage shaking isn’t enough and we will likely be seeing an influx of Facebook employees jumping ship from iOS to Android. 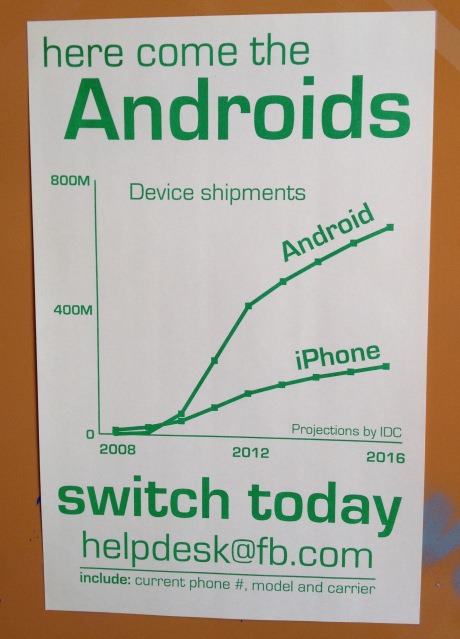