Facebook Photo Syncing Now Available To All iOS And Android Users, Here’s How To Enable It

Although Facebook currently holds the title as the world’s largest social network with over one billion active monthly members, it doesn’t mean that success is guaranteed. The face of companies such as Facebook and Twitter are constantly evolving to meet the demands of their user base, so it stands to reason that Facebook will be continuously trying to innovate and add new technologies and services to their social experience, one of which is the Photo Syncing feature we reported on last week. Although Photo Syncing was initially in a private beta stage with a select few iOS users, Facebook have now rolled the service out on a large scale to all compatible iOS and Android devices using the official Facebook app.

The technology behind a feature such as Photo Syncing is nothing new, so we can’t really heap praise of Facebook for innovating in that area. Existing services like Dropbox and Google+ have already taken steps to add similar features into their iOS apps that essentially allow automatic uploading of photos from the device. The release of this new addition to Facebook’s arsenal of mobile trickery goes some way to cement the fact that they are still focusing their attentions on mobile users and are committed to improving the user experience for the vast amount of members who access their account regularly from an iOS or Android device.

The Photo Syncing feature works on an opt-in basis, which is extremely good news for those who value their privacy. The idea behind the new feature is that all photos from the camera roll on the device are automatically uploaded through the Facebook app in the background to a private album that isn’t visible to Facebook friends. Users can then choose to publish select images from the album to their live accounts with the aim being to make the upload process simple and a lot more efficient. 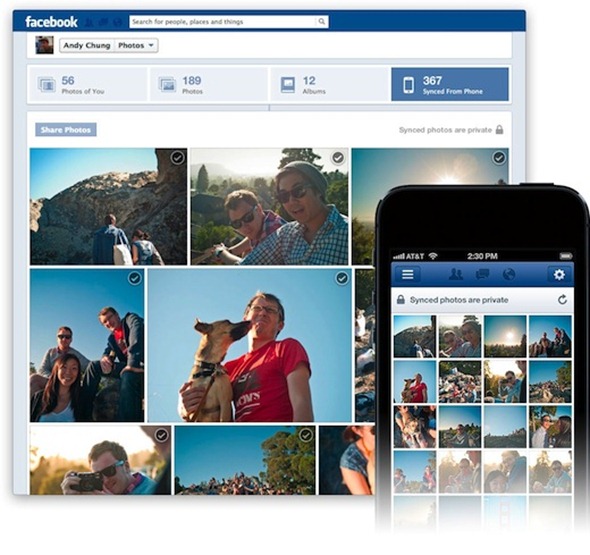 For those who want to opt-in to the Photo Syncing feature, it can be done in two different ways. Users can either access the official app on an iOS or Android device, head to the Photos area from the left hand menu and scroll right to the bottom to access the Photo Syncing section. Alternatively, the process can be handled directly from an account on the Facebook website by entering into Photos and selecting the Synced from Phone option at the top.

For the sake of your convenience, let us guide you through on how to set up Facebook Photo Syncing on your iOS or Android device:

Note: Photo Syncing is compatible on iOS 6 only if you are an iOS user.

Step 1: Launch the official Facebook app on your iOS or Android device.

Step 2: From the left-hand side navigation pane, which you can access by swiping on the screen to the right, scroll down and tap on Photos. 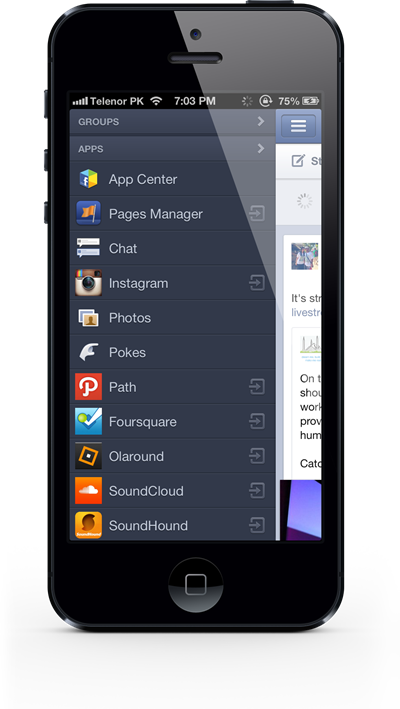 Step 3: Now tap on the Synced tab at the bottom of the display. 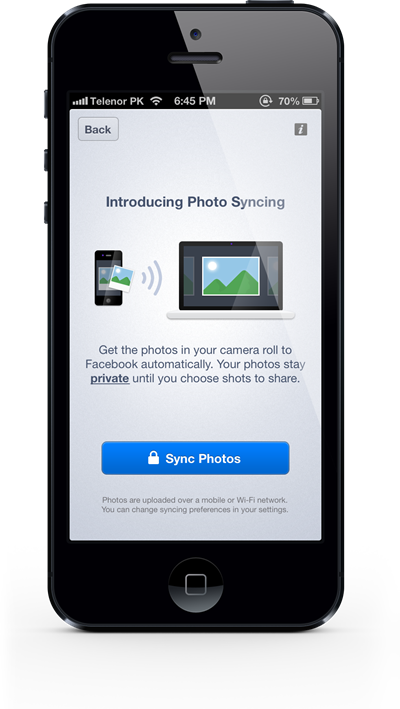 You can also choose whether to sync photos over Wi-Fi only or cellular network + Wi-Fi. A handy feature if you don’t have an unlimited data plan.

How to opt out of Photo Syncing:

Step 2: Click on the Settings icon on the top right side of the screen. 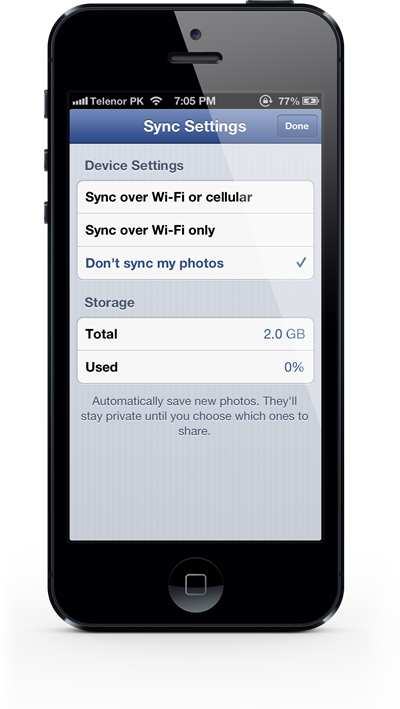 As mentioned before; the synced photos are saved to a private album on your Facebook profile on the web, which isn’t visible to anyone. Simply head on over to the Photos app, then click on the Synced from Phone option. From there, you can manage your synced photos and choose which ones are visible to your friends and family members.