Facebook Phone / OS Could Be Announced On January 15, Says Report

Remember that persistent rumor regarding the potential existence of a Facebook phone that just won’t go away but doesn’t actually seem to have any merit? Well it would seem that the speculation has risen once again around a Facebook smart devices of sorts thanks to an event being held by the company and the overheard murmurings of words like "mobile" and "this is going to be a big deal". In the past all we have heard are rumors without much substance behind them, but it seems that a number of different sources are expecting Facebook to show off a mobile device this coming Tuesday, in one form or another.

Camps seem to split when it comes to Facebook. On one hand they have over one billion active global members, a large portion of which include being active on the social network in their day-to-day activities. On other hand, a whole lot of people seem to be growing frustrated with the site and want nothing to do with it. A bespoke Facebook mobile offering of sorts could definitely revamp things, but we still don’t know what we could be getting on Tuesday. 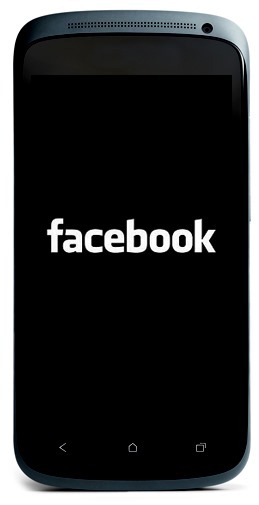 We heard speculation toward the back end of 2012 that suggest Taiwan based HTC were in the process of producing a Facebook branded smartphone that would be dedicated to running the social network. There is still a potential for that to happen but considering the nature of the business and the interest surrounding such a device it seems highly unusual that we have heard nothing since or that we haven’t seen any kind of hardware leak. The alternative is of course that Facebook won’t be announcing any branded hardware on Tuesday and that the event will focus on a Facebook OS of sorts.

If the latter is true then we could see a custom-built mobile operating system that we imagine would be of a similar ilk as Firefox OS. That option would seem to make sense in the immediate future as it would allow Facebook to run their operating system on a number of devices from varying manufacturers rather than place all of their eggs in one basket with their own hardware. The concerning aspect of the whole equation is that Facebook have not only consistently denied rumors of producing their own mobile device but have also stated the same thing directly to their business partners at Apple, Google and others.

With Facebook’s history in experimenting with Android powered devices to see if they can tweak it to their needs and their continued desire to place resources into mobile, it should be an extremely interesting announcement come Tuesday, if it happens at all.