Fresh from its acquisition of the popular Instagram service, Facebook is continuing to take large strides in its mobile push, and according to sources close to 9to5mac, the social site is preparing a Messenger app native to iPad, as well as video chat capabilities for the iPad.

With mobile users accounting for a large chunk of the several hundred million active Facebook users worldwide, CEO Mark Zuckerberg has highlighted on numerous occasions the emphasis on updating and improving the mobile experience. 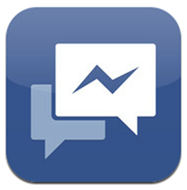 Last year, Facebook decided a separate entity was needed for its instant messaging service, and released a Facebook Messenger app for iPhone and subsequently Android. Now, it appears, the iPad will also get native support, allowing the sizeable community to remain in constant contact whether on smartphone, desktop, or tablet. 9to5’s sources have had a sneak preview of Facebook Messenger iPad, and those comfortable with the iPhone version should feel right at home with the new app, which, as you’d expect, is much the same as the smartphone version made to look and feel more at home on the larger display. 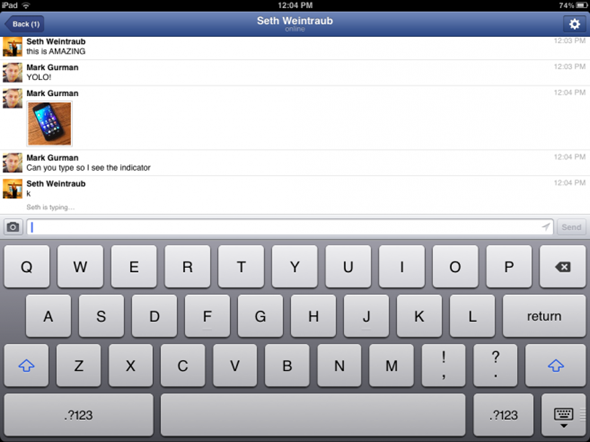 While the leaked screenshots do look appealing, there’s not yet any information on when it will be fully ready for the public eye. Apparently, it’s being actively developed and builds are constantly being updated internally, so if you’ve been waiting for a Facebook Messenger app for iPad, don’t expect to be waiting around too long.

Meanwhile, Facebook is also said to be making significant changes to the iPhone app, including support for Skype video conversations. Also including performance enhancements, it will supposedly launch shortly prior to an updated and optimized Facebook Messenger for Android, which will bring much the same implementations and arrive fashionably late, as users of Google’s mobile OS have come to expect over time.

All these apps are being tested at present, with a view for a summer time release. With many mobile Facebook releases having been buggy in the past, let’s hope nothing slips through the testing stage this time around – particularly with video chat being added to the party.