The Facebook Messenger app for iPhone has just been updated, adding a myriad of exciting new chat-related features. Those with an account on the world’s foremost social network can now enjoy video sharing – a feature that has been eagerly-awaited by Facebookers far and wide. As well as that, photos and stickers will now load more quickly, and the company’s development team has clearly been on its game to bring this version 5.0 update so soon after version 4.1’s arrival only a couple of weeks back.

More often than not, a whole number update would suggest something of an overhaul, with a couple of game-changing features thrown in as part of a significant update. But while we don’t wish to downplay this latest release – it does, after all, manage to pack in some welcome additions – it’s not quite the landmark release indicated by the version number, but rather the latest example of Facebook’s concerted push to increase the release cycle of the Messenger app. 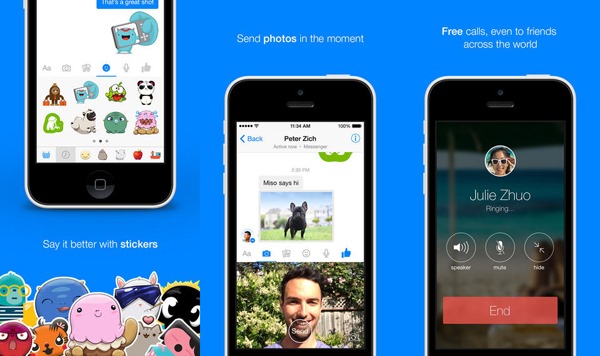 Downloading stickers is now a much smoother process, so if you want to add a few memes to the conversation, you won’t be left waiting by a feature that has seemed hitherto like a work in progress. Similarly, it’s now much easier to share and check out photos, and with the ability to record and share videos right off the bat, there’s no question that this is the most complete version of Messenger to date. 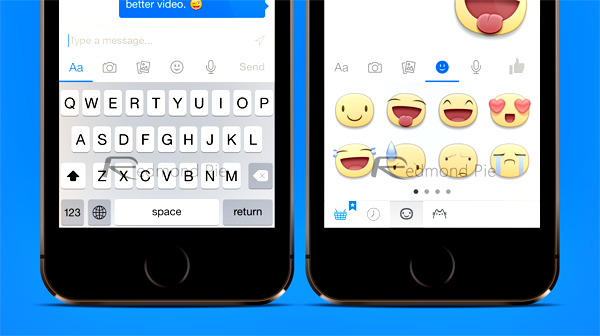 The messenger component of Facebook used to be integrated right into the official app, but the company decided to separate the IM function into its own, standalone utility in order to help it better compete with rivals. Despite Facebook’s high-profile acquisition of WhatsApp Messenger – its main rival in this particular sector – it’s still essential that the Facebook Messenger continues to thrive, and regular updates like this will ensure that this remains the case. 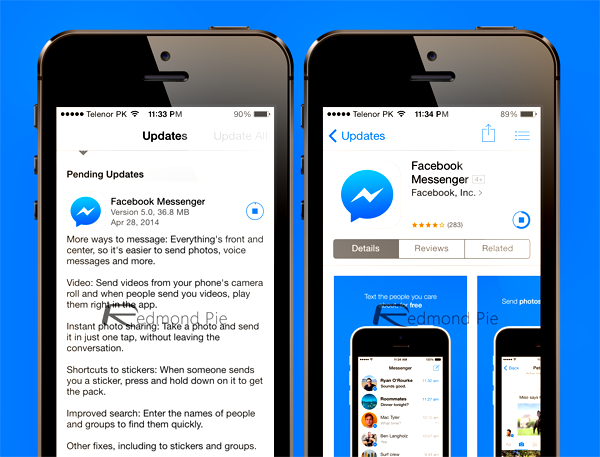 At this point, it looks as though only the iOS version of the app is being updated, but we’ll let you know when or if such a release hits the Play Store for Android or the Windows Phone Store.