Despite Facebook’s official mobile app having been installed on many a smartphone during the last couple of years, the social network still felt compelled to release a separate app to cater for the instant-messaging side of things back in August, appropriately entitled Facebook Messenger. 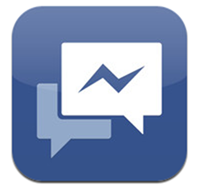 As per an official blog post, the company has today made a few changes to said app in order to improve the user experience. It’s referred by Mark Zuckerberg’s crew as "a faster way to message", and this most recent release is claimed to be even speedier than versions before it.

Users will now have the ability to differentiate between those logging in on a desktop and those on mobile. It’s long since been easy to see whether a user is posting messages and statuses using a mobile device, and now the same rules will apply to the IM application.

Another prevalent IM feature apparently lacking in Facebook Messenger has been the ability to see when the other person is typing. So those of you spending a lot of time having back-and-forth with Facebook friends will be back in the familiar etiquette dilemma of "John Doe is typing a message", to which you pause, only for the message to never appear. 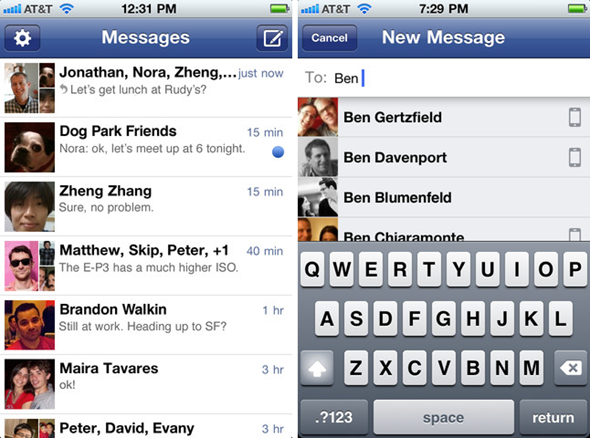 The update is available for iPhone (with support for the latest and greatest OS from Apple; iOS 5), Android, as well as Research In Motion’s BlackBerry range, which, in all fairness, is already very instant-message orientated, with BlackBerry Messenger or BBM being one of the main attractions to owning a BlackBerry.

The aim of the game in the long run is to eradicate the need for you to use the SMS function on your smartphone. Apple just recently rolled out iMessage along with iOS 5, the company’s latest OS for iPhone, iPad and iPod touch. These free alternatives make keeping in contact with those around you a whole lot cheaper, and rather than being battle fought between the major carriers offering SMS deals, it’s now up to the likes of Facebook, Apple, Google, and WhatsApp to provide consumers with the best instant messaging experience.

Facebook’s track record of mobile app updates has been chequered to say the least, so let’s hope there are no major glitches this time around.

(Thanks Imran for the tip!)