It has been just under two weeks since Mark Zuckerberg invited various members of the press to Facebook’s Menlo Park headquarters to discuss the new Facebook Home for Android, and although its subsequent release was restricted to only a handful of devices, the integration of the Chat Heads feature into Facebook Messenger for Android offered the wider audience a taste of the new social plugin. Now, it has been revealed that Chat Heads will also be making its way onto Facebook for iOS, with an App Store update imminent.

Hitherto, we were under the impression that Facebook had targeted Android solely for its open source-ness, but as the company revealed today in an official press release, Chat Heads is coming to iOS, along with a revamped Messenger for iPad app. 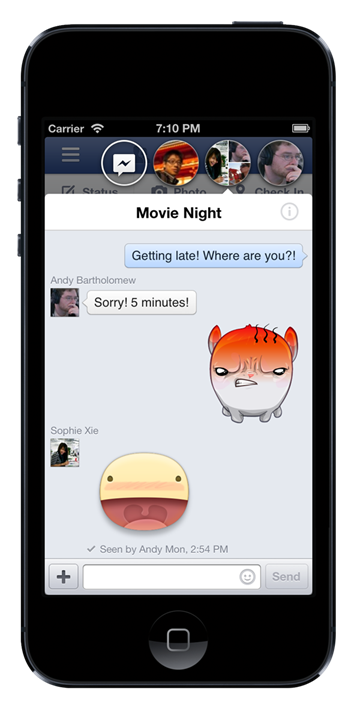 Obviously, Apple’s less flexible infrastructure will somewhat restrict what Chat Heads can do for iOS users compared with Android, namely that it will have to be locked away within the Facebook app. Chat Heads bubbles Android stretch across the OS, offering a unified system through which users can readily respond to both SMS and Facebook messages with very little interruption, but since apps are forced to keep themselves to themselves on iOS, the entire Chat Heads feature will be tucked up tightly within the Facebook application. 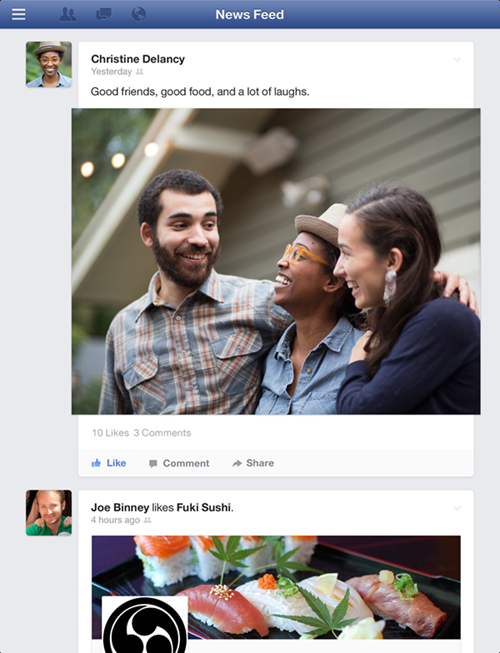 When you run the newly-updated Facebook for iOS app for the first time, you will find those Chat Heads bubbles appear as and when you’re browsing through the rest of Facebook. At this point in time, everything is quietly secluded to the messages tab, but with the Chat Heads update, greater emphasis is placed on your open conversations. 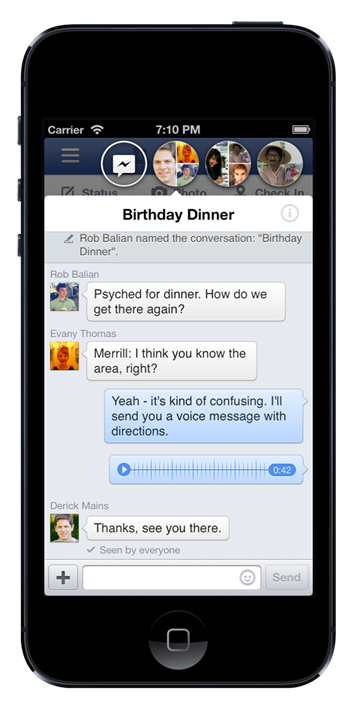 It’s good to see that, despite the restrictive nature of iOS, Facebook is at least making a reasonable attempt to bring some of the Facebook Home experience to those on iPhone, iPad and iPod touch. We will be sure to update you guys when Facebook for iOS does receive this update, so stay tuned to our coverage here at Redmond Pie!

Before we wrap up properly; Do you believe the way Chat Heads are going to be implemented into iOS are a deal breaker over Android? You know where to drop the comments.