As far as weeks go, the last seven days haven’t been too bad for Facebook CEO Mark Zuckerberg. Following the well-documented IPO, which saw his web company valued at over $100 billion, he’s announced – via none other than his 900 million strong social network – that he has gotten married.

In a world which has become accustomed to learning significant events of others via the News Feed, Zuck was never going to have it any other way, and has fittingly changed his relationship status to "Married" on his profile. Nuptials with the love of his life, and a personal wealth in the tens of billions renders Zuckerberg one of the most enviable people on the planet right now, and his personal Facebook page of course includes photos of the events. After all, if Facebook has taught us anything over the years, it’s that no event can be considered a success unless an unholy number of snaps have been taken and plastered all over Facebook for the approval of others. 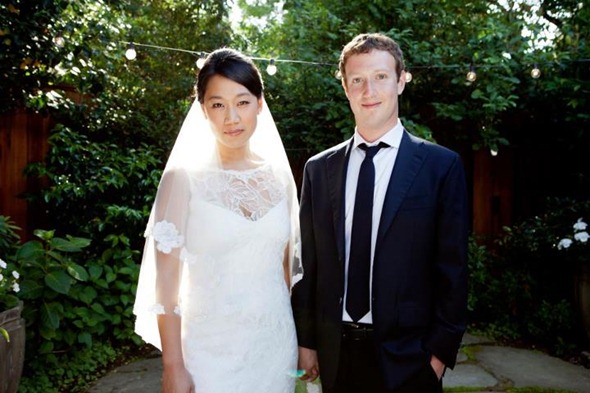 Still, whether you’re an avid Facebook user or not, I’m sure you’ll join us in congratulating Zuck and his wife on what has been a truly unforgettable week. Whether Facebook will live up to the hype and – to some – over-zealous valuation remains to be seen, but having also turned 28 only a few days ago on Monday, he will certainly look back on the third week of May, 2012 with the fondest of memories.

Just when you thought it couldn’t get any more perfect for one guy, his now better half is his childhood sweetheart – 27-year-old Priscilla Chan. The couple met at Harvard – where the phenomenon that is Facebook was born – and have been together for over nine years. Incidentally, it hasn’t been too bad a week for her, either. Because besides wedding a multi-billionaire, Chan also graduated from medical school at the University of California, San Francisco, on Zuckerberg’s birthday, so as far as parties go, there are few cases for bigger celebrations than at the Zuckerberg household.

Once the honeymoon period has passed, Zuckerberg et al will have plenty of hard work to do in order to monetize Facebook to its maximum potential. Despite the high valuation, the mobile market has proved fairly elusive to Facebook hitherto, but the opinions of the major investors suggest Zuckerberg is the right man to make the magic happen.

Certainly, if the last eight years are anything to go by, the man can do no wrong.