Facebook has continually shown willing over the last twelve months to improve its mobile apps for the greater good of its users. With more than 1.0 billion active users, a large percentage of which access the service from one of the company’s smartphone apps, it’s only right and proper that the world’s largest social network continues to invest in mobile. Now, it seems that investment is starting to move across to the world of music as Mark Zuckerberg’s company starts to roll out a new Music Stories post format within its iOS app.

The new Music Stories post format is an attempt to engage friends and connections in the music that we listen to. By sharing a track from one of the supported streaming music services, the user creates an appealing and extremely functional post that looks perfectly at home amongst other post types. The format contains the artist and song title, as well as the service that it is being streamed from. There’s also a banner that takes pride of place on the image that allows viewers of the post to listen to a 30-second preview of the song as well as drilling down directly into the app it came from. 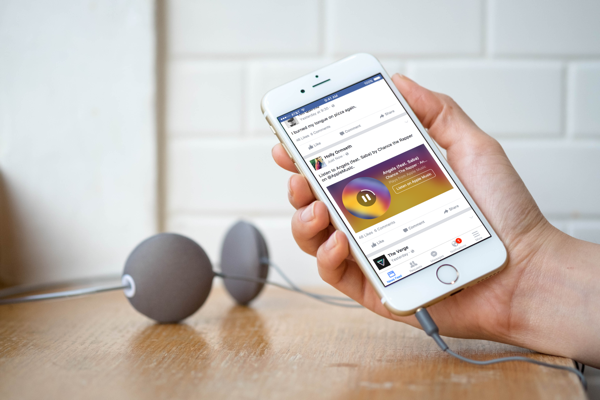 The new functionality has been rolling out with Facebook for iOS app’s latest update on the App Store, and is currently limited to offering support for Apple Music and Spotify, arguably the two most popular music streaming services available at the moment. In addition to being able to listen to a small preview of the shared tracks, viewers are also able to save the track directly to their own Spotify or Apple Music accounts without ever leaving the Facebook experience, as well as go directly to the song on the iTunes store for additional options or to purchase it.

Creating your own Music Story is as simple as playing a track in Apple Music or Spotify, tapping on the Share option in the the app, and copying the link of the track to the device’s clipboard. Head on over to the Facebook app, create a new post and paste in the copied URL. Facebook does the rest of the heavy lifting by detecting the link type, parsing the content and creating the unique post for all connections to see. As is usually the case with Facebook’s new functionality, it doesn’t appear to be active across the board just yet. So if it isn’t working for you right now, keep trying to share that beautiful music.