Ever Wanted A Life-Sized Replica Of Iron Man Suit? Then You’re In Luck [IMAGES]

Fans of Iron Man and other superheroes are serious people when it comes to their favorite franchises, which means they love to buy merchandise. It’s the real reason comic books and movies are so lucrative – they make their own money, but it’s merchandise where everyone really lines their pockets.

With a new Iron Man movie on the horizon, it’s that particular franchise that is currently on everyone’s minds and it’s also one that garners some of the biggest fans. That’s why Iron Man merchandise is a license to print money, and there’s one item on everyone’s wish list – a real life replica of Iron Man suit. 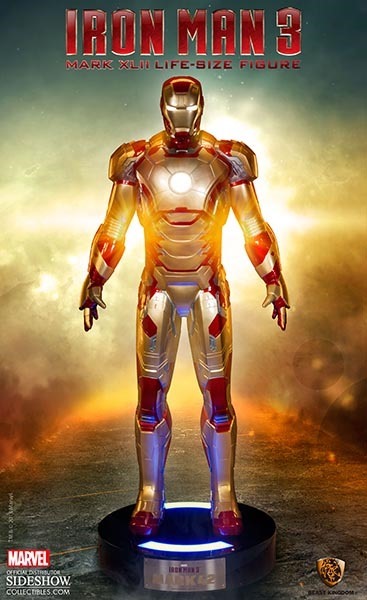 Now those with a desire to own a life-size figure of Iron Man, can do so, thanks to a life-sized replica of the Iron Man suit being made available by Sideshow Collectibles, the people to go to for all manner of movie and TV show merchandise. 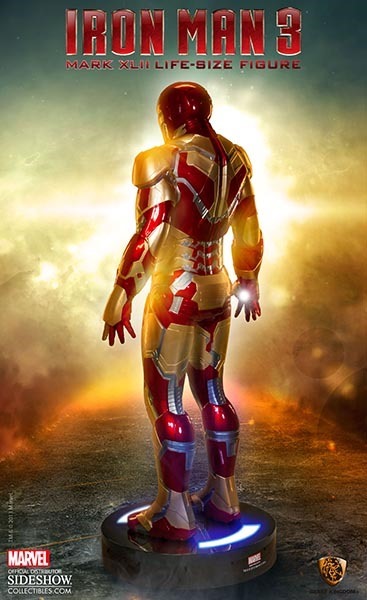 It has all the bells and whistles you’d expect, except the ability to fly and save the planet, of course. The eyes, hands and feet all light up, as does the admittedly fake, Arc reactor. You’re not going to take on any bad guys with this thing, but you’ll certainly be able to make an impression. 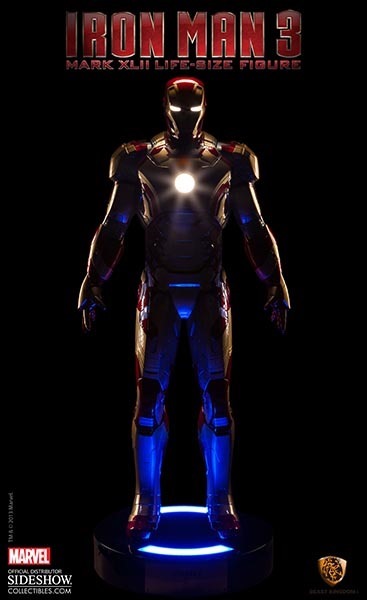 It is available for pre-order now for a cool sum of $8499.99, and is estimated to ship around 2nd quarter of this year.

If you can afford to pick up one of these bad boys, then we’re sure all your buddies down at the yacht club will think you’re just the coolest dude that ever did live. But if you’re like me and can’t afford to own Iron Man, then fear not, for the third Iron Man movie is upon us, and we hear it’s a real hit. 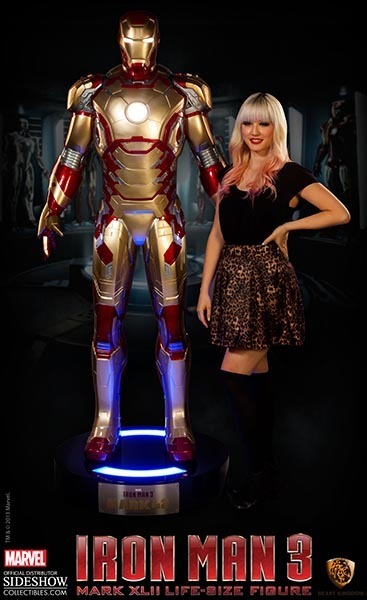 Oh and if you happen to have an iOS or Android device, you can check out the official Iron Man 3 game which was released only a few days ago.