Evasi0n Jailbreak Will Be Available For Download On Monday, February 4 [UPDATE x1]

Release date of the upcoming iOS 6.x untethered jailbreak has just been confirmed by the official Twitter account of the team Evad3rs. It’s coming on Monday, February 4, 2013.

@Evad3rs: Final count down toward tomorrow’s release has begun!

Planetbeing, who is a member of team Evad3rs, also confirmed the release date:

@Planetbeing: Yes, tomorrow is a concrete release date. It’s also the only release date we’ve ever given. 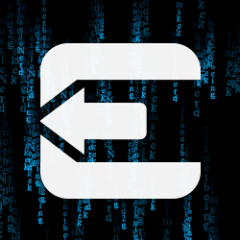 Last week, team Evad3rs hinted on the very same Twitter account that such a tool, the first one capable of iPhone 5 jailbreak, would be available on the 4th of January (Super Bowl Sunday), although this has not materialized.

The status bar on the official evasi0n.com site is currently showing 91% progress for “final testing and preparation,” with next step being “Release!”. 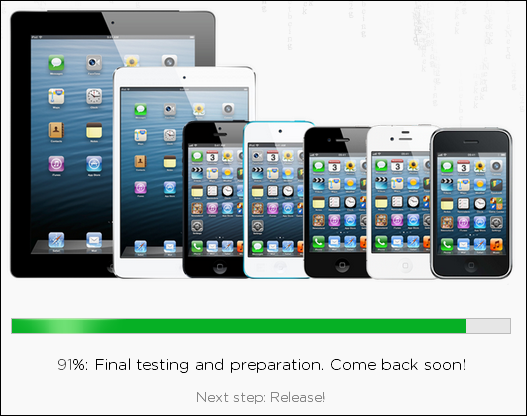 This jailbreak has been awaited for months, especially among iPhone 5 users who are, so far, absolutely unable to modify the software on their devices. This is the first time that an untethered jailbreak will be available for iOS 6.x, meaning that those users will soon be able to ditch the aging iOS 5 for the newest version of Apple’s mobile operating system.

While Team Evad3rs has kept the details of its new tool way under wraps, partly in order to stop Apple from patching existing vulnerabilities before the tool reaches the general public, some information has been released in the form of micro-announcements throughout the last few months. It is known, for instance, that the new tool will support almost every iOS device (iPhone 5, iPhone 4S, iPhone 4, iPhone 3GS, iPad 4, iPad 3, iPad 2, iPad mini, iPod touch 4, iPod touch 5 and the Apple TV 2). The single exception is the new Apple TV 3, which will not be supported.

If you have an older device (running an A4 processor or older), you can still apply a tethered jailbreak iOS 6.1 on your device using tools such as Redsn0w. You might as well, however, just wait until tomorrow.

We will let you know as soon as Evasi0n is released tomorrow, followed by full how-to tutorials to help you with jailbreaking. Stay tuned!

UPDATE x1: As pointed out by one of our reader, @UK_IT_Guy on Twitter, the status bar on the official Evasi0n website is going up 0.0045% every 30 seconds: 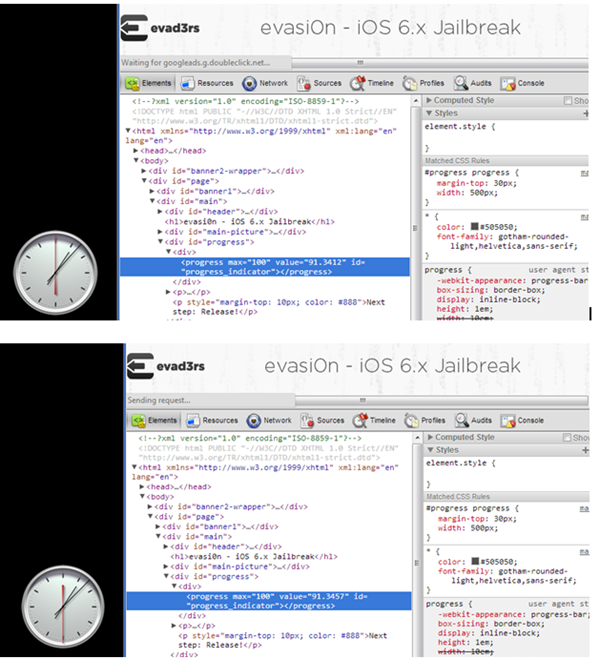 By our calculation, it will reach 100% at approximately 9am Pacific Time.