Enable Hidden Stickers On Facebook Messenger For Android With This Trick

The Facebook Home launcher may currently only be available to a select few Android handsets, but some of its features still made it out to other devices via the Facebook Messenger app, which was updated the same day as Facebook Home APK released for Android. While many of you Facebook Messenger for Android users have spent the past week or two enjoying the new Chat Heads implementation, what you might not have stumbled across is the hidden support for those cute, innocuous, meme-like illustrations otherwise known as Stickers; but below, we’re going to show you how you can join in the fun.

Like so many hidden features of software releases passed, it would appear Facebook is toying with the idea of bringing official support for Stickers with the Facebook Messenger app, but perhaps hasn’t yet deemed the feature ready for general consumption. Indeed, since it hasn’t been rolled out officially, don’t be surprised if the feature isn’t perfect, and equally, don’t become too accustomed to these bloated emoticons in case Zuck and his team decide to completely remove these hidden capabilities in a future update.

While not to everybody’s taste, it’s fairly well documented that we are quite unashamedly fans of the meme / rage face / sticker culture here at Redmond Pie, and if you just so happen to be the same way inclined, check out the brief tutorial below detailing how you can enjoy stickers on your Android device running Facebook Messenger.

Before we start, please note that while there’s no perceived risk in following this tutorial, the feature has been hidden for a reason. As such, take it as you find it, and don’t be surprised if it doesn’t work as smoothly as the rest of the app. 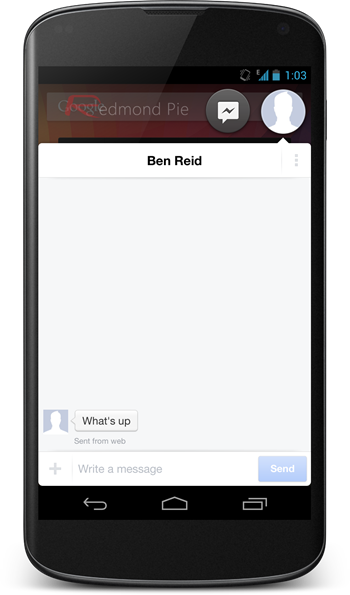 Step 2: To the left-hand side of the "+" button, you’ll see a little invisible area; tap here. 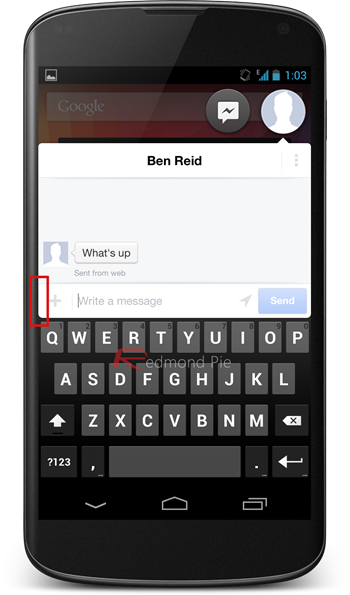 Step 3: Profit! From there, you should be able to access, select and enjoy this little hidden chest of sticker-ific wonder. 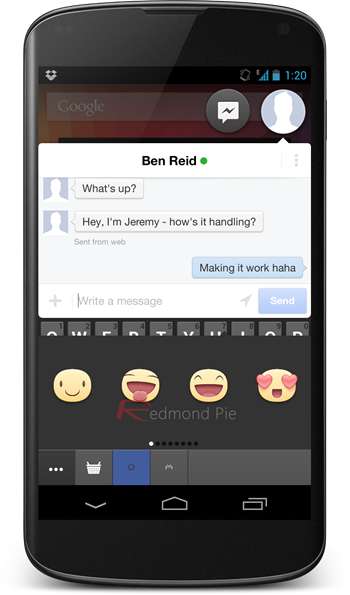 As noted prior to the tutorial, there are some issues with stickers not loading, and if you do encounter this issue, it would seem that forcibly closing down the app and reopening is the best solution.

(Thanks to Simon for sending this in!)