EA Discounts Some Of Its Awesome iOS Games For Christmas, Here Is The Full List

Electronic Arts has always been one for getting into the Christmas spirit by offering some pretty impressive discounts on its iOS games, and this year is no different. Perhaps it could be said that this year’s sale isn’t quite as special as it has been in the past, but the list of games that have been brought down to just $0.99 is still one that will have you reaching for your iPhone or iPad.

The list includes some of EA’s biggest premium titles, and ranges from racing games to the much loved Sim City simulation game that has endured throughout more platforms and hardware changes than we care to guess. If you’re after some cheap games to play on that new iOS device this Christmas day morning, then you could do much worse than start by taking a look at the list of games that are on offer from the folks over at Electronic Arts. 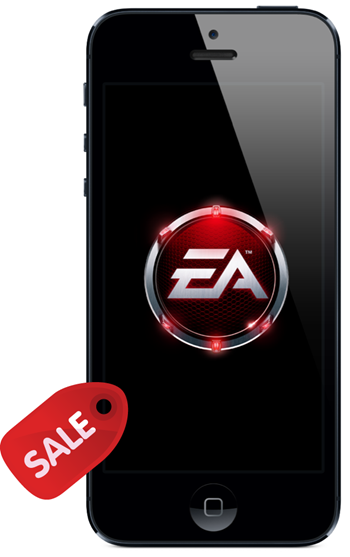 Some of our favorites would have to include classics such as NBA Jam and the Battleship games, but equally we’d argue that you’d be mad to miss out on Dead Space, SimCity or any of those Need for Speed games that everyone loves so much. Needless to say, if you were going to pick any of them up anyway, now’s certainly the time to do it.

This time of year is always great for picking up some App Store bargains, so if there are any apps or games you’ve been on the fence about buying, we suggest you get the App Store fired up. There’s never been a better time to check them out again.

And oh, in case you’re wondering, the sale is applicable to both the iPhone and iPad versions of the game, hence you’re golden while purchasing the above mentioned titles.