It seems that we can’t go any longer than a few posts without professing our love for the jailbreaking scene. Maybe not always for some of the tweaks that it comes up with, after all, some can be pretty poor indeed, but rather for the kinds of things that it makes possible. For the doors that it opens, often far beyond the idea of simply being able to skin an iOS device to within an inch of its life.

We’d have to say that the ultimate way of ‘sticking it to the man’ if you own an iPhone or iPad has to be the prospect of running Google’s Android on it.  We’re big fans of iOS here, but that doesn’t mean that we’re not also partial to a spot of Android when the situation demands it. Being able to run it on hardware like that offered by Apple is a bonus indeed, and it looks like such a thing may be possible. 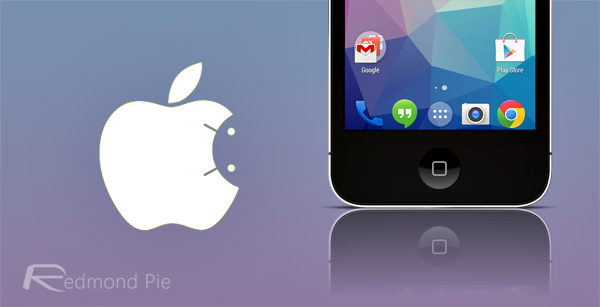 Of course, running Android on an iOS device isn’t entirely new, because it’s been done before. Pre-Apple A4 devices were hacked to run Android just fine, but what if you want to use something a little more… recent?

Hacker Winocm has recently posted a video via Twitter showing him dual-booting an iPad 2 with both iOS 5 and iOS 6, and then later triple booting iOS 5, iOS 6 and iOS 7 all on the same iPad. Initially that may not seem to help the quest to get Android onto such a device – the iPad 2 uses an A5 processor – but it seems there’s a little more to it.

Taking to Twitter, equally renowned hacker iH8sn0w revealed that the way Winocm managed to work his magic may open the door to an Android port in future. It turns out that Winocm achieved his feat by "bootstrapping to iBoot from the kernal (userland)" according to iH8sn0w, which the pair agree could mean that there is now hope for getting Android to run on Apple A5-powered devices. Which, you know, is kind of nice.

We’ll have to keep an eye on developments, but we wouldn’t expect to see Android running on an iPad 2 just yet. Apple only just dropped the aging tablet from its lineup, so we really weren’t all that far from Android being able to be run on a shipping Apple device.
Now wouldn’t that have been cool?