While some of the furore over dropped calls with an iPhone on AT&T seems to have calmed down somewhat over the last few months, it’s fact that some, perhaps even many people still suffer from a flakey AT&T signal causing their iPhones to drop calls at an alarming rate. According to the carrier though, there’s a relatively easy fix.

Apparently AT&T have been telling customers with a call dropping problem to try making calls using the more stable EDGE system as opposed to the 3G one. The science is no doubt extremely complicated and more than us mere mortals could ever hope to understand, but it boils down to a 3G data conflict – or at least that’s the line AT&T is taking.

The problem here though is that switching between 3G and EDGE every time you make or receive a call isn’t always practical and is at least a pain we could all do without. Enter DropCall Eliminator. 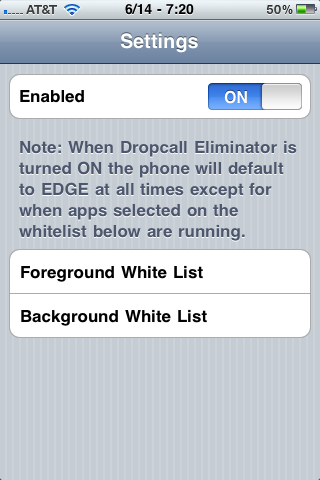 What DropCall Eliminator actually does is to force your iPhone to use the EDGE network instead of 3G, in theory reducing the dropped calls caused by AT&T’s 3G data conflict. But what about the slower data speeds?

The guys behind DropCall Eliminator have thought of that too, which is why the tweak also includes a whitelist for adding apps that you want to allow to access the 3G network. Once added, these apps will have free reign over the faster speeds afforded by 3G while calls still use the more stable 2G solution. 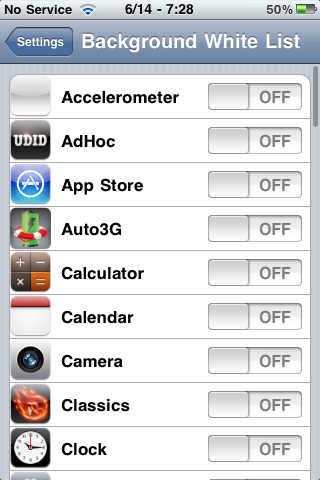 DropCall Eliminator will set you back $4.99 in Cydia, but if it works that’s a small price to pay to stop calls from dropping.

Whether it does work though, we’re not entirely sure as we’ve yet to test it ourselves. Have you tried it? Let us know in the Facebook comments for this post or on the @RedmondPie Twitter, we’d love to hear from you!

You’ll need have a jailbroken iPhone to install this tweak – check out our guide for jailbreaking iOS 4.3.3 (untethered) using Redsn0w right here. If you’re happen to be using the iOS 5 beta then you’ll be needing to use our Redsn0w or Sn0wbreeze guides. Unfortunately both are tethered at this point, however. Fingers crossed that situation is remedied soon!