Server administrators rejoice; Microsoft has just, as promised, launched the new Windows Server 2012. The Redmond company initially confirmed at TechEd in New Zealand that the RTM build of the said OS would be released to developers on 4th, and the software maker certainly hasn’t disappointed, as the new Windows Server 2012 RTM bits are available as of today for both MSDN and TechNet subscribers.

With Windows 8 fast approaching for public release, Microsoft has never been busier, and as well as enhancing the Xbox 360’s services and prepping the many editions of the new Metro-tiled operating system, the familiar associated projects have also been seen to be running smoothly.

The residents of New Zealand are among the first to be getting the opportunity to purchase and download Windows Server 2012 thanks to being ahead of virtually every other nation. Of course, as the clock strikes twelve in other countries across the world, they will also be able to dabble in the new release, and after the warm reception of the leaked official Windows Server 2012 RTM ISO last month, one suspects the majority of Server users will have already gotten their fill. Although the leaked ISO replicates the official release, we do, as ever, recommend you grab your downloads via the official channels. 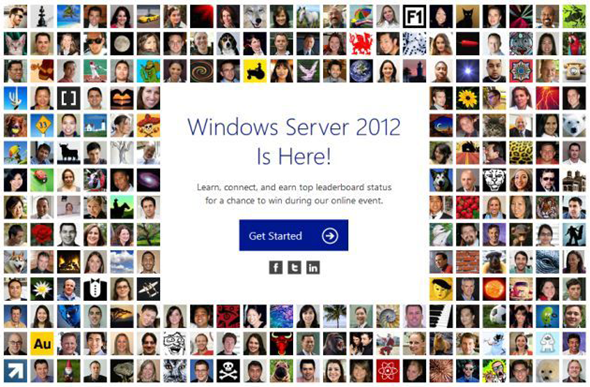 The RTM of Windows Server 2012 marks the initiation of a frenzy of Microsoft releases in the upcoming months, and Satya Nadella, Microsoft’s head of Server and Tools Business, points to the its launch as a statement in the company’s mission to create the so-called "Cloud OS". Speaking on the topic, he was keen to cover the cloud-focused Windows Server 2012 in proverbial glory:

The Cloud OS expands to include services and technologies that have not previously been considered part of an operating system, [bringing] together all the services required by end users, developers and IT to truly reap the benefits of the Cloud.

With the release of the (somewhat impressive) SkyDrive, the company has made no secret of its desire to seamlessly integrate cloud services into its software, and will certainly need to deliver on those promises in order to appease consumers. Apple, despite its previous shortcomings in web-based ventures, has turned iCloud into a relative success only a year in, and with Windows 8 spanning tablets, smartphones, and various other consumer electronics, the pressure is most certainly on the most successful software company of all time.