Windows 8 Build 7955 has reportedly found its way out in the wild. This is the same build which contains a number of new features which we have been covering in the last few days. 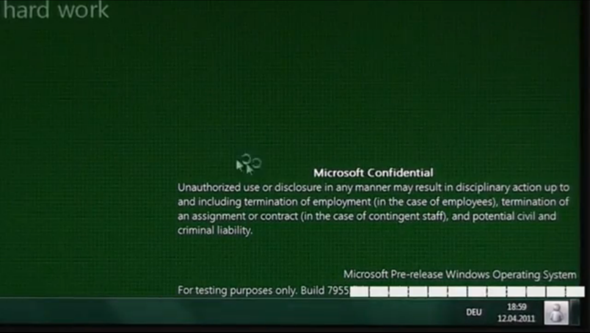 Sources at Windows 8 Center has confirmed that the leaked build, which is currently available on a private FTP site, is legitimate, and that it is only a matter of time before it makes its way to a public torrent website.

This is not the first time that it has happen to any internal build of Windows 8. Build 7850 of Windows 8 M1 branch was the first one to have been leaked earlier this month, and was available publicly for everyone to download.

Check out our Windows 8 Center for the complete coverage on the latest client version of Windows.