Good news for all of you hardcore Windows fans out there who love nothing better than interacting with modern productivity software; Microsoft Office 2016 is finally out of preview. Today represents the official worldwide release of Office 2016 for Windows, which comes with a renewed focus on collaboration, as well as enhanced security features aimed at business consumers that are intended to act in perfect harmony with the company’s recently released operating system, Windows 10.

From an aesthetic perspective, Office 2016 isn’t hugely removed from the previous Office release that has been with us since 2013. With that said, there wasn’t anything particular wrong with the way the individual Office apps looked, so there was no real need to invest time or resources in hugely revamping the visuals. The functionality within has however had a lot of attention paid to it, and brings a huge emphasis on sharing and collaboration that has never been seen before in Microsoft’s Office suite of apps. 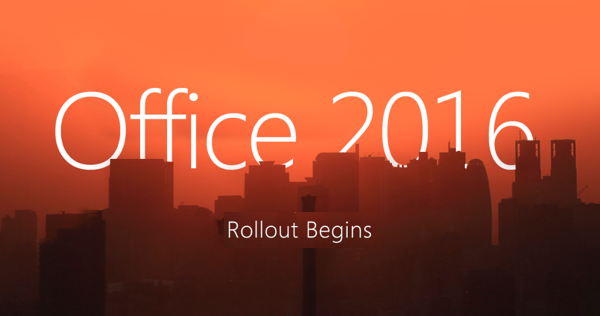 It’s immediately evident that Microsoft has taken a long hard look at what the competition is doing and attempted to propel Office 2016 up there with the best productivity apps and services out there. The introduction of the real-time co-authoring feature within the desktop apps is a great addition, and although it was already available in the web version of Office, it makes Office 2016 a lot more appealing to those looking to collaborate on documents together. There’s also the ability to attach OneDrive files directly to Outlook emails. In short, Microsoft is attempting to ensure that business customers never need to really leave the app they are using by “taking the work out of working together”. 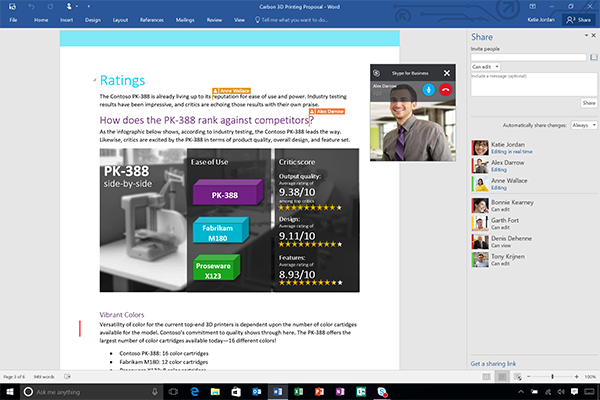 The additions and improvements don’t end there either. There’s the introduction of Skype for Business built into the apps within Office 2016 meaning users can video chat, share documents and send and receive instant messages directly from within an open collaborative document. There’s also the integration of search and Cortana that is designed to provide intelligent, contextual results for a number of queries. There’s even a new app within the package called Office 365 Planner that looks set to take on the likes of Trello with its powerful ability to track tasks and assist with project management duties.

Oh and did we forget Continuum? Yes, Office 2016 supports Continuum mode in Windows 10.

Microsoft has made Office 2016 available immediately for Windows, in addition to making it a one-time-only purchase for Mac users now. There’s also a support document outlining how Office 365 subscribers can immediately update to Office 2016.

To get the new Office 2016, head to office.com and get started. If you have a MSDN subscription, you can download Office 2016 for free from the downloads section on MSDN.