Apple have responded to a number of complaints raised by users, who have been seeing their 10.6 version of iTunes crashing in random situations. It would seem that when Apple released iTunes 10.6 after the new iPad media event in San Francisco, they inadvertently introduced a number of bugs which became apparent when users were playing videos, changing artwork size whilst in grid view and synchronizing photographs to an attached iOS device. 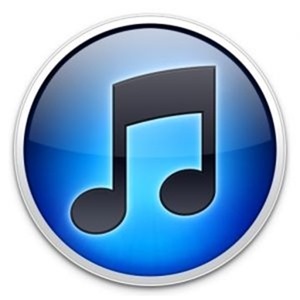 The latest release, that should be starting to appear as an update around the world right now is mainly one that brings bug fixes and existing feature improvements rather than introducing any new functionality. The version of the software that was made public after the Apple media event featured all of the updates for iOS 5.1, Apple TV third-generation and the new iPad, with iTunes 10.6.1 seemingly being pushed to fix any bugs that are found within.

The official Apple changelog for iTunes 10.6.1 is as follows: 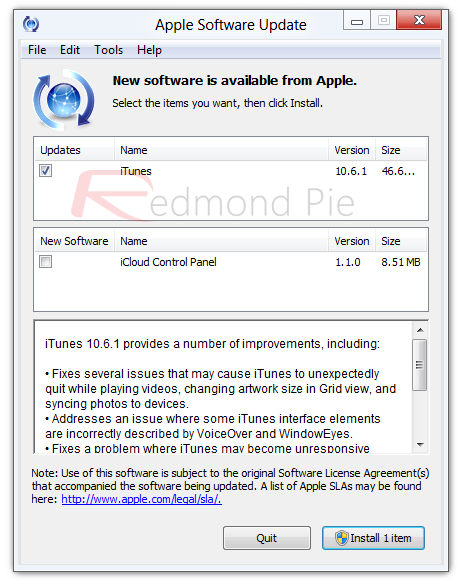 A number of disgruntled users have taken to the official Apple support forums over the last few weeks to make their feelings known about the embedded bugs in iTunes 10.6. In fairness to Apple, they seem to have reacted extremely quickly to the complaints and hopefully those affected users should see the problems eradicated with this update. This latest 10.6.1 offering will of course still feature all of the goodness that we have come to expect from iTunes, including support for the new iPad as well as the third-generation Apple TV that was launched just over a week ago.

Apple are also pointing users to the official security support page that will no doubt be updated in due course with all of the relevant information pertaining to the iTunes 10.6.1 release. If the update isn’t showing for you, make sure you keep checking periodically, it shouldn’t be too long until it pops up.

To update simply fire up the Software Update utility on your PC or Mac and you should be presented with the iTunes 10.6.1 update, if so, then simply hit the Install button and you’re good to go. Those downloading iTunes for the first time may head over to this link.